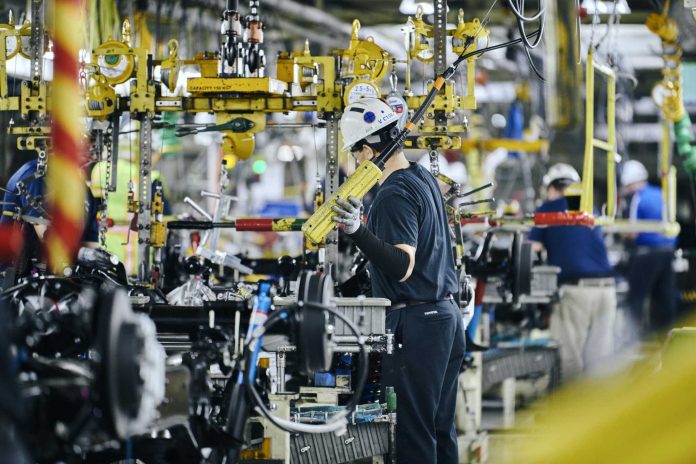 Sales of Toyota’s San Antonio-made pickups fell again in August, which the automaker blamed on having too few trucks on hand to meet demand.

Overall, Toyota on Tuesday reported its fifth consecutive month of declining sales — in step with the rest of the automotive industry.

“In August, we continued to see strong demand for our pickup trucks,” Toyota spokesman Victor Vanov said in an email. “However, inventory remains tight and we are working to get Tacomas and Tundras to our dealers as quickly as possible.”

Through the first eight months of this year, Toyota sold a total of 210,000 Tacoma and Tundra trucks — down 15 percent from the same time last year, when Toyota had sold 247,000 trucks through August.

Automotive analysts said consumer demand for pickup trucks has remained strong throughout the pandemic, but the lack of inventory of the vehicles has driven prices up and sales down.

Toyota reopened its San Antonio plant and 13 others across North America on May 11 after the company shut down the facilities for seven weeks. After the South Side facility reopened, production slowed under new social distancing rules.

“It’s not only plant closures — plant re-openings haven’t been necessarily smooth,” said Jessica Caldwell, executive director of insights at the automotive website Edmunds.com. “People don’t know how to deal with the pandemic, and you hear so much of factories stopping and starting as they figure out protocols.”

On ExpressNews.com: COVID-19 complaints made to OSHA in San Antonio

It’s more difficult for car dealers to maintain an adequate inventory of trucks because of the wide range of offers and addons to the vehicle that consumers may want, Caldwell said.

Still, Caldwell anticipates that Toyota’s truck inventory — and eventually sales — will rebound by the end of the year.

While Labor Day is usually a strong sales period for automakers, this year may be slower. Caldwell said truck sales that would’ve taken place over Labor Day weekend may instead occur around Black Friday in November.

“Trucks are in a tough place. Every month since March has been a bit of a struggle,” Caldwell said. “I think there will still be a lot of runway for success for trucks before the end of the year.”

‘They stole it right in front of us’ – Truck News