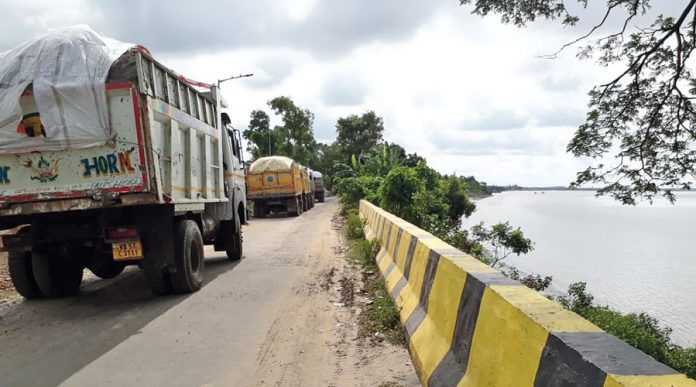 The East Midnapore district administration has mandated GPS tracking systems and driver background checks for all private transporters operating around 6,500 heavy vehicles daily in the industrial town of Haldia.

The decision was taken earlier this week following a meeting between the administration, police, and representatives of transporters’ association who acknowledged the need to install GPS tracking systems and run background checks of drivers.

Reason: at least 20 cases of hijackings of heavy vehicles — with cargo including cooking and industrial oil — occur every year in Haldia. And now, the pandemic has given rise to a fresh problem. Drivers infected with Covid-19 can easily go traceless minus a background check or GPS tracking.

The need for background checks of drivers was felt in June when authorities in Haldia could not contact trace several Covid-19 positive persons who had driven in vehicles from elsewhere.

But the major reason for wanting to run background checks of drivers remains the thefts of trucks and tankers.

“Last week, a diesel tanker carrying 12,000 litres of oil from Cooch Behar was hijacked by a man posing as a hitchhiker on NH41 near Nandakumar (a town in East Midnapore near Haldia), who later stabbed and ejected the unsuspecting driver,” said a transporters’ association source. “The truck was found in West Midnapore and the load recovered. In most cases, even if vehicles are found, the cargo is stolen.”

Sources said tankers plying for cooking and industrial oil companies based in Haldia were most prone to hijacking threat. Roughly 6,500 trucks leave Haldia a day with loads meant for other states and international locations, including Nepal and Bhutan.

Police sources said equipping tankers with advanced GPS technology would cost Rs 5,000 per vehicle. “We had a plan to install advanced anti-hijacking technology since mid-2015, when cases of hijackings were on the rise. Measures at that time were not substantial, so we are satisfied with decisions taken at this week’s meeting,” said Haldia SDPO Tanmay Mukherjee. GPS trackers will be fixed to theft-proof locations of vehicles’ undercarriages, he said. “Transporters will be mandated to conduct background checks via Aadhaar,” he added.

Asked, Haldia transporters’ association secretary Rangalal Barik said they would look into the measures immediately and agreed on “the need for advanced GPS technology” to track vehicles.