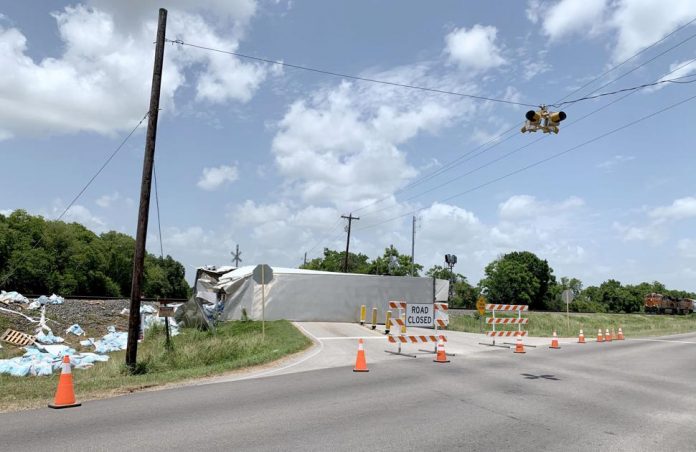 ANGLETON — An oncoming train crashed into a semi-tractor trailer that became wedged on a train track, destroying the trailer and spewing fish pellets around the crossing, authorities said.

“The truck was just crossing over the train track and the driver had landing gear malfunction, where the landing gear essentially high-centered on the track, and the truck couldn’t move,” Woodard said. “From there, the driver managed to exit from the side of his truck to save himself just as the accident happened.”

The truck carried bags of fish pellets, which scattered along the track upon impact with the train. Both the driver and the train conductor were unharmed, Woodard said.

“Cleaning crews are working on clearing up the area right now,” Woodard said.

The trooper didn’t have an estimate on how long the cleanup might take.

“We’re done with our investigation, and I am unsure at this point when that road will be cleared for crossing,” Woodard said.