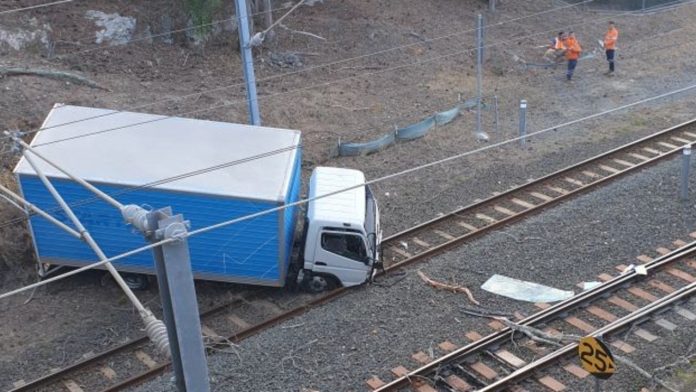 Train services on one of Brisbane’s most popular lines have been suspended after a truck crashed onto the tracks near a bayside station this morning.

Queensland Police were called to the scene, near the Manly Rail Station at Florence and Ronald St, around 6.36am.

A Queensland Rail spokesman said services between Lota and Lindum have been suspended as a result of the crash.

However, rail replacement buses have been organised to take commuters to the next available station.

Queensland Ambulance officers are currently on scene and are assessing a man in his 20s for some minor injuries.