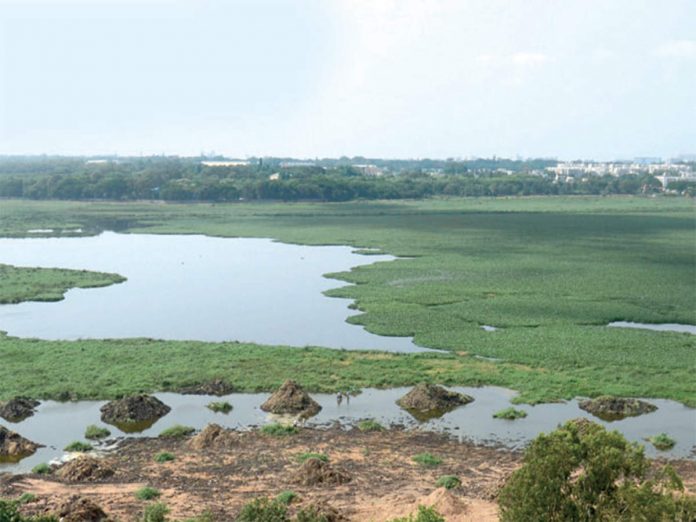 Minister for Minor Irrigation JC Madhuswamy said that transporting about 300 trucks of silt daily from is going to be a challenge. The lake is all set for rejuvenation, based on a plan approved by the (NGT).

The minister also foresees a resistance from the public when the transportation of silt begins.

“The NGT has given us a timeline to complete the de-silting work. We might have to run one truck every minute if the entire lake has to be de-silted. There are, however, practical difficulties, especially in a city like , as the movement of trucks could create traffic problems. The lake is also inside the city,” Madhuswamy, under whose department the lake falls, told reporters.

He said that the department has already allocated Rs 300 crore towards carrying out rejuvenation work. “Silt has been accumulating in the lake for the last 40-50 years. It has to be transported about 25-40 km away from the lake. It’s a huge task,” the minister said.

(BDA) has identified three quarries in a village in Mylasandra near Bannerghatta as dumping sites for the silt. The deposit is estimated to be around 19 lakh million tonnes in quantity. The authority has already engaged a contractor to take up rejuvenation work.

‘Hand it over to Army’

Professor TV Ramachandra of (IISc), Bengaluru, said that the rejuvenation work should be handed over to the Army if the government is not prepared for it. “The lake has not been maintained over the last four decades. It has become a septic tank. The groundwater in the surrounding areas has been affected. The onus is on the government to provide a clean environment,” he said.

The professor, who is also part of the committee constituted by the NGT, said the Army’s green warrior wing should be roped in for the task.