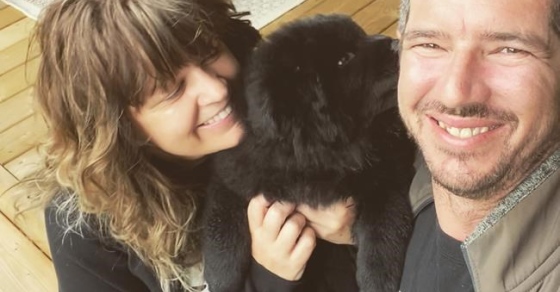 When the COVID-19 pandemic closed the Canada-U.S. border to non-essential travel, Donna Peter suddenly lost access to her nearest source of bulk groceries.

Peter is among about 100 residents of Beaver Creek, Yukon, who would drive two hours to Tok, Alaska, for much of their staple shopping.

“They have a grocery store there, a restaurant, a hardware store, a lumber yard. So, it’s very convenient for us,” she said.

“Usually that was our place to get away. Being on the border, where are you going to go? You go to Tok.”

Beaver Creek holds the title of Canada’s most westerly community and — just 20 minutes from the border — it usually serves as a friendly stop for travellers to take a break along the Alaska Highway.

Like other border towns forced to respond to a rapidly changing world, residents have rallied around one another with generosity and co-operation.

Early in the pandemic, the local White River First Nation offered to buy groceries for the whole town, whether an individual was a member of the First Nation or not, Peter said.

In co-ordination with the Beaver Creek Community Club, they planned a five-hour trip to Whitehorse and collected shopping lists from residents, prohibiting only cigarettes and alcohol, she said.

“They went to Whitehorse, they put themselves out there, they were wearing masks and loaded up truck after truck after truck of groceries. And they brought them back, took them all to the community club, sorted them by name and then delivered it to your home,” Peter said.

“We, of course, the town people, thanked them profusely.”

No one from the First Nation was available for an interview but executive director Sid Vander Meer said in an email that members have now done six or seven supply runs.

As a pitstop for many tourists, Beaver Creek’s businesses are also hurting during the pandemic.

Carmen Hinson, owner-operator of multi-service stop Buckshot Betty’s, said her business is down 90 to 95 per cent.

“We have a restaurant, a takeout liquor gift shop, cabins, campground, a little bit of everything,” she said.

“For us on the highway I mean it’s affecting us a lot.”

The town of Stewart, B.C., is also doing what it can to help neighbours in the smaller, more isolated Hyder, Alaska.

Stewart Mayor Gina McKay said residents of Hyder don’t even have a gas station and are allowed to cross into Stewart once a week for essentials like groceries.

“We really do see ourselves as one big community and I think actually this situation we’re all in right now with COVID has actually made us stronger because we’re doing everything we can to help them, whether that be bringing fuel to the border, groceries to the border, any essentials they need,” McKay said.

After McKay made similar comments at the outset of the pandemic, she said she got calls from media as far away as Abu Dhabi looking for a good news story, as gloom swept the globe.

“I don’t think when I made those comments in March any of us thought we would still be here at the end July,” McKay said.

Since then, she said residents on both sides of the border have formed a Stewart-Hyder COVID Action Committee petitioning both countries to allow locals to freely roam between the two communities.

McKay said her council passed a motion this week to support the petition and ask the Canada Border Services Agency and their local member of Parliament to make an exception for Hyder.

The CBSA did not respond to questions in time for deadline.

McKay said the kindness has gone both ways. She and her partner were “devastated” to lose their dog in March. They soon ordered a puppy from a breeder outside Seattle that wouldn’t be ready until June, not realizing the borders would close.

The Chow Chow, named Harper, made it thanks to an American breeder who put her on a charter float plane flight, a pilot who kept her for three days due to bad weather and a man in Hyder who brought her from the dock to the border.

“So that’s all of us working together. It took a lot to get that puppy here, but we got her,” McKay said.

This report by The Canadian Press was published Aug. 3, 2020.

Pickup rollover at the railroad tracks, 10th and S Joplin –...