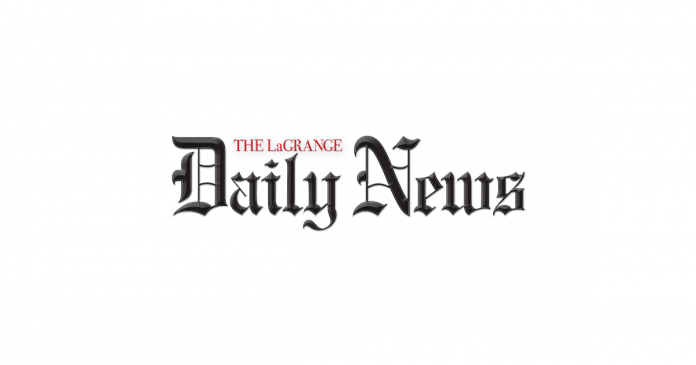 The Troup County Board of Commissioners discussed traffic and speeding concerns on Cameron Mill Road at its work session Thursday.

County Engineer James Emery gave a presentation about traffic patterns on the road. The county placed a traffic counter on the road during June and July after residents complained about heavy truck traffic and speeding.

Heavy commercial trucks are already not allowed on the road under county ordinance, but a number of exceptions exist, such as trucks making deliveries or pickups at destinations on or directly off Cameron Mill Road. Additionally, enforcement of that ordinance can only be carried out by state authorities, and only if there is signage that informs truck drivers.

Emery and the commissioners agreed that the county can easily move forward with placing signage at both ends of the road that will make enforcement more practical.

Crews has observed that most of the large trucks on the road are pickups hauling boats.

“It really provides a Northwest bypass around LaGrange, whether we like it or not, whether we really intended it to be that way or not,” Emery said.

If signage is posted, drivers of those large commercial trucks that use the road illegally can be cited.

Changing the speed limit is a more complicated matter. For starters, the study Emery conducted was primarily focused on evaluating the volume of heavy truck traffic. Emery will need to conduct a separate speed study before the county can change the speed limit, enforcement of which also requires approval from the Georgia Department of Transportation. A speed study will commence soon and will take a few weeks, Emery said.

Some speed data has already been collected. According to the data collected in the traffic study, the 85th speed percentile on the road is 56.1 miles per hour, meaning 85% of vehicles are going that speed or slower.

The problem, though, comes in the curvier sections of the road.

“I do think a long-term solution is really going to be addressing the speed on that highway and trying to catch people,” Crews said.

Emery said that one resident’s mailbox, located in a curve, has been destroyed 13 times over the years.

“We went out and did some measurements on that curve, and we found that the design speed for that curve, which I believe is the sharpest curve on the road, was 15 mph less than the posted speed limit,” Emery said.

William Knight, a longtime resident of the road, echoed that the main issue is speed. Knight said he has trouble pulling out of his driveway onto the road and has witnessed seven crashes over several years.

The road sharply curves near his house. Knight has removed trees, fences and a gate due to the crashes, and says he no longer feels comfortable crossing the road in his tractor due to the high-speed traffic.

3 New Members Named to YSU Board of Trustees