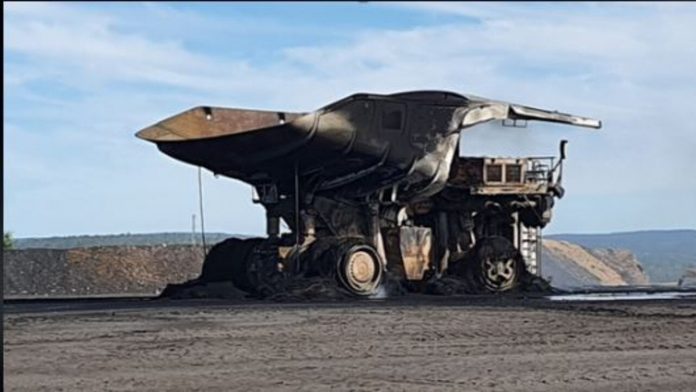 A truck appears to have all but melted on a Central Queensland mine site as the CMFEU releases a photo of the aftermath.

A CMFEU statement on Facebook said the truck was having its brakes tested at the BMA Saraji Mine on Sunday morning when a fitter noticed a glow coming from the rear tyres.

The Saraji coal mine is near Dysart in Central Queensland.

“Thankfully the operator was warned, and the area evacuated before it went up in flames, with no-one getting hurt,” the statement said.

A BMA Spokesman confirmed there were no injuries to any workers and the damage to the truck was not a priority of concern.

He said the incident was reported to the state regulator but it will ultimately be investigated internally.

Fisherman, 61, is run over and killed by his own truck...