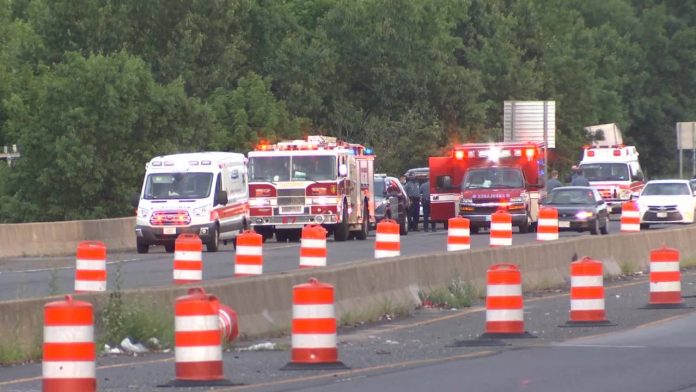 CHICOPEE, Mass. (WWLP) – Police are investigating a crash that occurred on I-391 North in Chicopee that left one person unresponsive early Monday evening.

According to the Massachusetts State Police, a department-issued cruiser was assisting a disabled vehicle on the side of the highway when the crash occurred near Exit 4 just after 7:20 p.m. A pick-up truck hit the State Police cruiser with two troopers inside, then hit the disabled vehicle.

State Police say the two troopers were not injured, but the pick-up driver was unresponsive after crashing into the vehicles.

Medical aid was administered to the pickup driver, whose current condition is unknown.

USPS must give details to Washington about changes in mail

A week after their mother died of COVID-19, family still doesn’t...

Police move to clear hundreds of protesters from Stone Mountain