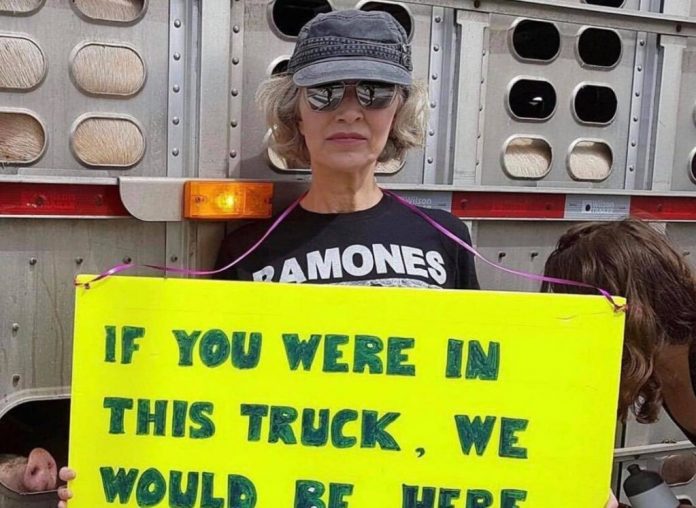 BURLINGTON, Ont. – A truck driver has been charged with careless driving causing death, following a police investigation into a June 19 accident that claimed the life of animal rights activist Regan Russell.

Russell was among a group of protesters who had gathered outside Fearman’s Pork in Burlington, Ont., to “bear witness” to pigs being transported to slaughter. The recurring protests involve walking up to loaded trailers, and extending water bottles to the pigs inside.

A 28-year old truck driver from North Perth has been charged, but not publicly named by Halton Regional Police.

“This investigation included the interview of several witnesses, analysis of physical evidence, and a technical reconstruction of the collision. In addition, video footage that captured the entirety of the incident was reviewed by investigators,” police said in a related statement.

“There were no grounds to indicate this was an intentional act, or that a criminal offence has been committed.”

“We are disappointed by the lack of criminal charges, and would like respect and time digesting this information,” Powell’s family said in its statement released by Animal Save Movement.

“These charges are feeble and do not amount to justice for Regan,” said movement co-founder Anita Krajnc.

The accident happened the day after Ontario’s Security from Trespass and Protecting Food Safety Act was given royal assent, as the province looks to discourage people from approaching livestock-hauling trucks and processing facilities.