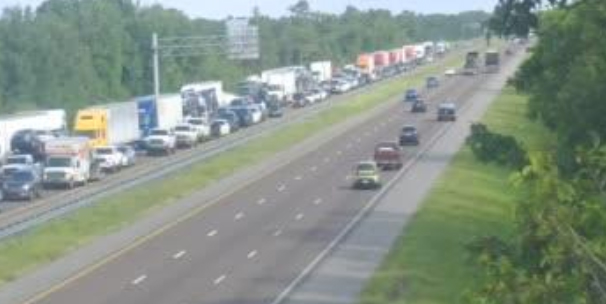 Florida Highway Patrol says the accident happened when the tire tread on the truck became separated, causing the driver to lose control of the vehicle and overturning it into a tree line off I-95 near mile marker 231.

State troopers mention the driver died at the scene after he was partially ejected from the vehicle.

The driver’s identity will not be released by FHP in order to protect the victim’s family after a newly implemented policy enacted this year by FHP to not release victims names.

The driver was a 46-year-old man from Orange Park

The crash happened around 4 p.m.

Traffic has returned to normal after I-95 was shutdown for a few hours on Tuesday.

Truck drivers blamed for spread of COVID-19 in East Africa ·...