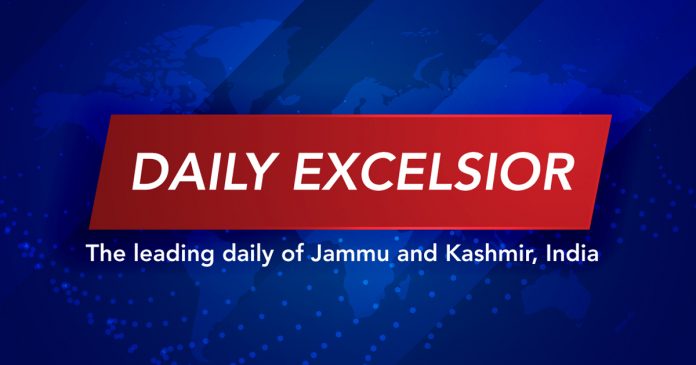 Excelsior Correspondent
RAMBAN, July 19: A truck driver intentionally ran over his wife in Jaman area on Gool-Mahore road. However, acting swiftly, a team from Gool Police Station arrested the accused.
The incident took place yesterday when the victim, Khalida (23), was walking on Gool-Mahore road, police sources said, adding that the truck bearing registration number JK02AE-2469 driven by the accused identified as Mohammad Sadiq Malik came from behind and crushed Khalida to death near her house in Jaman area on Gool-Mahore road.
Khalida died on the spot and Malik did it intentionally, sources informed.
The couple, both hailing from Gool area, had filed divorce case in the court, in which Khalida had accused Malik of domestic violence and harassment.
“The couple got married about six years ago and had two children, both daughters, with the younger one just 14 months old. He knocked her with the truck in full public view and later came down from the vehicle to see whether she was dead before escaping from the spot,” police sources added.
Khalida’s body was handed over to her relatives after completion of legal formalities, Station House Officer (SHO) Gool Nayeem-ul-Haq said, adding that a case under FIR Number 45/2020 and Sections 302 and 109 IPC was registered at Police Station Gool and the accused has been arrested.
Further investigation into the case is going on.

RCMP look for stolen pick-up with driver in possession of firearm,...

How the Ford F-150 Became a Heavy-Duty Truck