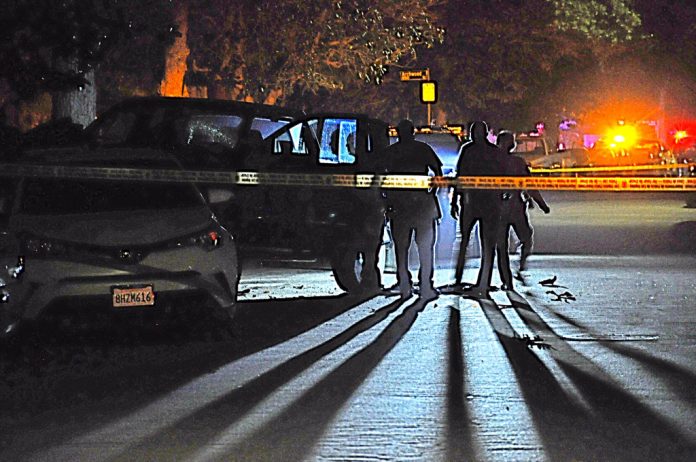 A driver was taken to a trauma center late Monday night after he was shot, then crashed his pick-up truck into several other vehicles in Reseda.

Los Angeles Police Department officers responded to the 6600 block of Chimineas Avenue at around 10:15 p.m. after a report of a crash.

When they arrived, they found the pick-up and other smashed vehicles. The truck driver was still inside, suffering from a gunshot wound to his abdomen, said Detective John Dunlop.

The injured man was taken to a hospital. Dunlop did not know the man’s condition, but said he was alive when he was taken to the trauma center, and scheduled to undergo surgery.

Detectives were still piecing together information about the shooting Tuesday — no suspect was identified, and police were trying to determine where the shooting took place on Chimineas, or somewhere else.