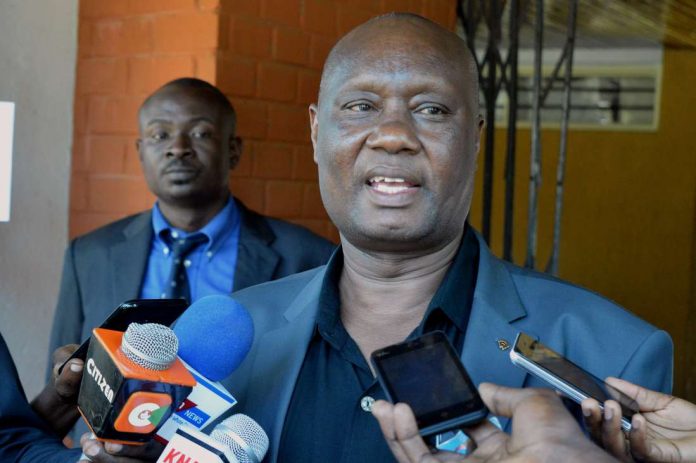 Busia Governor Sospeter Ojaamong’ has urged the National Government to urgently provide funding to his government which he says has borne the brunt of attending to Covid-19 cases, majority being non-residents of the county.

Out of the 36 Covid-19 cases recorded in Busia, all from truck drivers, Mr Ojaamong’ says only two are residents of the devolved unit while the rest are from other counties and neighbouring Uganda and DR Congo.

Drivers from Mombasa top the list at 11, Nairobi (4), Nandi, Uasin Gishu, Kitui, Makueni, Nakuru and Garissa have two each while Kakamega, Kajiado, Kisii, Mandera, Kilifi, DR Congo and Uganda have one driver each.

Already  two drivers from Mombasa and Nakuru have turned negative and are set to be discharged.

The Governor said that while the National Government has deployed additional officers to test truck drivers both in Malaba and Busia border points, the situation is getting worse since they receive an average of 10 cases every day.

Addressing journalists at the Busia County headquarters on Sunday, Mr Ojaamong’ said its resources have been depleted due to the large number of Covid-19 patients currently hosted at the Alupe isolation and treatment centre.

“Our resources both human and financial have been overstretched and depleted. We seek urgent funding and support of Personal Protective Equipment, funds and human resources,” he said.

The National Government, he said, should deploy additional laboratory staff to Busia County to assist in mass testing.

“It should also support the operationalisation of 28 schools which were identified as quarantine centres and assist in the improvement of Alupe isolation and treatment centre,” he said.

He also asked the National Government to prohibit entry of truck drivers who have not been tested at point of origin and issued with certificates into Busia as was recommended by the Ministry of Health.

Mr Ojaamong’ also stressed the need for Uganda to abide by the WHO protocols and guidelines that require Covid-19 patients to be treated at the site of diagnosis instead of deporting them to their country of origin.

Alupe is currently holding 51 people of which 34 were confirmed positive. Two have recovered while 15 tested negative but are still under observation awaiting repeat tests.