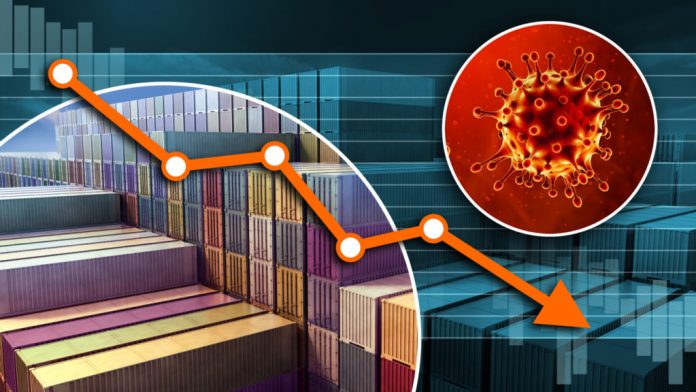 TORONTO, Ont. – Trucking is identified as an essential service, but Canada’s trucking industry is under immense economic pressure in the face of Covid-19 – leading to plunging revenues, layoffs, and cash flow issues in recent weeks.

It isn’t expected to get better anytime soon.

The challenges have been identified through separate surveys by the Canadian Trucking Alliance (CTA), which collected responses from 100 carrier members, and a monthly survey of Today’s Trucking readers, representing responses in the last week from 246 trucking industry representatives.

The surveyed CTA fleets, which collectively represent 60,000 Canadian workers, reported an average 27% drop in revenue, and a 300% increase in empty miles – with a drop in backhauls sacrificing margins and the ability to cover full costs. Sixty-three percent of respondents say customers have asked for payment deferrals or simply not paid for trucking services.

More than half (52.4%) of those surveyed by Today’s Trucking say their trucking
businesses have laid off staff and/or downsized in the wake of Covid-19.

Canada’s largest fleet, TFI International, is reporting temporary layoffs as well as a four-day work week for more than 1,000 full-time employees. In the first two weeks of April alone, the fleet’s package and courier segment revenue was down 30% compared to the same month last year, truckload revenue was down 20%, and LTL had dropped 39%. But logistics-related revenue was up 12% in the first two weeks of April due to rising e-commerce and medical supply demand.

“We were working on a significant sized deal prior to the virus, but we are not going to be doing any major deals in 2020,” said Alain Bedard, chairman, president and CEO. “It’s too risky, not knowing how long this virus is going to be with us for.”

Even fleets that specialize in moving essential products like food are experiencing a dramatic swing in business.

Erb Group of Companies, a refrigerated fleet based in New Hamburg, Ont., saw a year-over-year increase in March as grocers scrambled to restock emptied shelves.

“About 10 days ago that’s completely reversed itself,” says president and CEO Wendell Erb. “It’s totally unpredictable … We’re working harder than ever to keep the trucks moving.”

Drivers are sitting longer in the wait for loads, where traditionally they
never stop.

“I’m sitting in my office, looking at six trucks and every one of them
has a driver waiting for a load to go somewhere,” Erb says.

“In the meantime, we’ve got customers that are telling us that we’re
switching our terms from 30 days to 60 days,” he says. “We say yes, we smile,
we thank them for the business … If the phone rings and they’ve got freight, we
need it.”

A swing in demand

Kriska Transportation Group (KTG) initially saw a surge in demand as grocers scrambled to restock supplies, and that happened as 10-12% of truck drivers opted to stay home because of concerns over Covid-19.

“All hell broke loose in the last couple of weeks of March,” says David Tumber, senior vice-president of KTG. “We’re now in a space where there isn’t enough freight. The demand from the consumer has leveled off.”

While the demand to move some grocery products remains strong, that is offset by government decisions to close the doors of retailers like Canadian Tire and Home Depot, forcing such operations to serve customers at the curb rather than allowing consumers to stroll the aisles.

KTG’s Trailwood Transport operation, meanwhile, has laid off its 140 drivers. About 80% of its loads have traditionally supported Honda, which has suspended operations.

Shandex Truck, which specializes in consumer package goods, experienced a strong March but is now seeing its own shift in fortunes.

Four weeks ago, the business was moving 100,000 cases a day, and scrambled to refill the warehouse. “They [customers] would order everything we had in stock.”

He expects challenging weeks to come. Retailers had warned the operation to expect a six-week upswing followed by a six-week downswing in business.

Stephen Laskowski, president of the Canadian Trucking Alliance (CTA),
says the trucking industry requires “tailored solutions” to protect the stability
of the supply chain during Covid-19 and its aftermath.

“Our sector needs additional, focused assistance above and beyond what the
Canada Emergency Wage Subsidy (EMS) provides due to the nature of our sector
and the critical relationship it has to the supply chain. Although the EMS may
work for many sectors, it does not stabilize the Canadian trucking industry,”
he said in a related release.

The alliance is asking for a payroll tax deferral program to offer fleets
the cash needed to maintain operations, as well as an increase in the meal
allowance for drivers who face higher costs during Covid-19.

Expectations for the coming quarter

The coming months are expected to be challenging.

Thirty-nine percent of surveyed Today’s Trucking readers expect freight volumes to fall over the next three months, offsetting the 36% who expect volumes to increase. During the same time frame, 40% expect business revenues to drop more than 10%, and 21% expect a decrease of 1-9%.

Thirty-three percent of respondents expect to lay off staff in the next three months, and 54% expect to cut operating budgets. Almost 2/3 (62%) don’t expect the business environment to improve during the time period.

According to the Today’s Trucking sample, 40% also believe that
aftermarket truck and trailer parts will become more difficult to source in the
next three months. Almost an equal share (43%) expect such parts to be
available but at a higher cost.