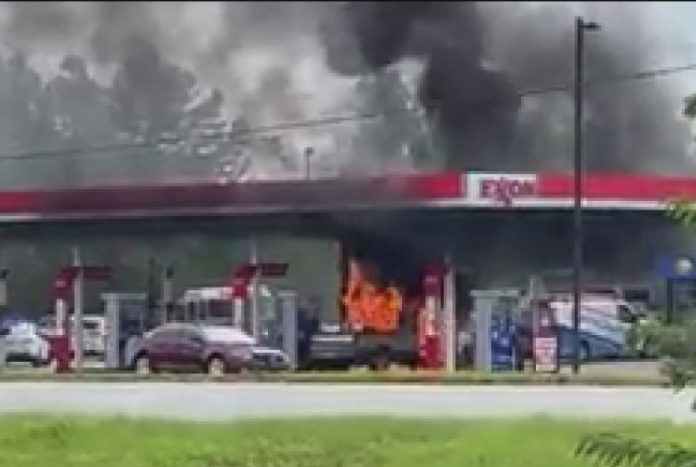 SURF CITY, NC (WWAY) — The Surf City Fire Chief said a fire at a gas station this morning could have been a disaster, but was quickly contained.

You can see a truck engulfed in flames at a pump in video taken by Tonia Register on Facebook.

Fire Chief Allen Wilson said it happened shortly after 11 at the Exxon near Highway 17 and NC 210.

Wilson said a mechanical issue in the truck caused it to go up in flames. He said the gas station quickly shut off all of the pumps, so nothing else caught on fire. The fire department put out the flames in about 20 minutes.

The truck is a total loss. No injuries were reported.

The gas station store is back open. Wilson said the pumps should be turned back on sometime today.

‘That could have been any of us’: Police rally round in...