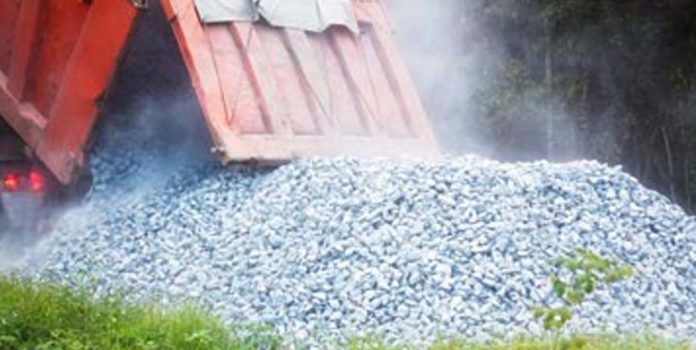 Traffic on South Highway 321 in Cocke County was routed off the roadway for several hours Thursday afternoon after a load of gravel overturned on the roadway.

The Tennessee Highway Patrol reports the 1:39 p.m. incident occurred near the intersection with Orchard Road, near Carvers Orchard and Restaurant.

Fred Gregg, 71, Newport was operating a 2020 Peterbilt dump truck southbound when he left the right side of the roadway and was unable to bring his truck back under control. The truck overturned dumping the load of gravel and blocking both lanes.

Gregg reportedly was not wearing his seatbelt and sustained a head laceration, but no serious injuries. No charges were filed.

Victoria: Man, 21, becomes TRAPPED in a garbage truck after being...