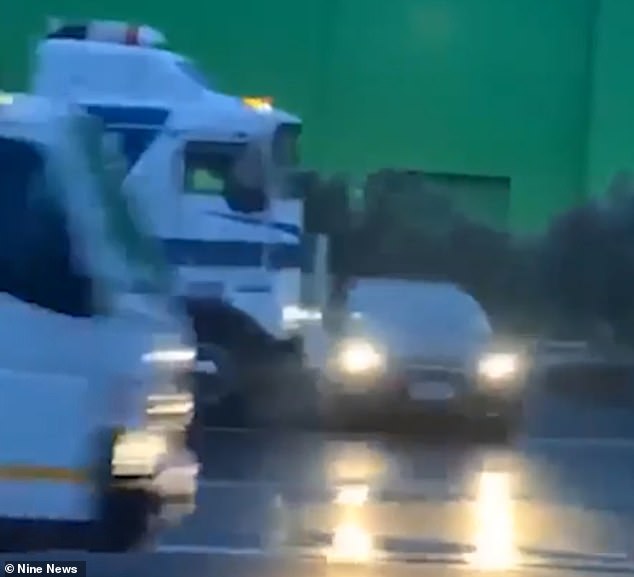 Terrifying footage has captured a truck unknowingly pushing a small car along a busy highway that had been drenched with rain.

Desperate motorists beeped at the truck to alert the driver who was forcing the car along the Western Ring Road Freeway in Derrimut, Melbourne on Friday morning.

Two onlookers suspected the truck driver was unaware of the motorist in front that miraculously escaped unharmed.

‘I don’t think he knows!’ said one of the men filming.

‘I don’t think he realises man,’ the other passenger said.

No injuries were reported and police said no further action will be taken after speaking to both drivers.

The wet weather is believed to have contributed to the collision. 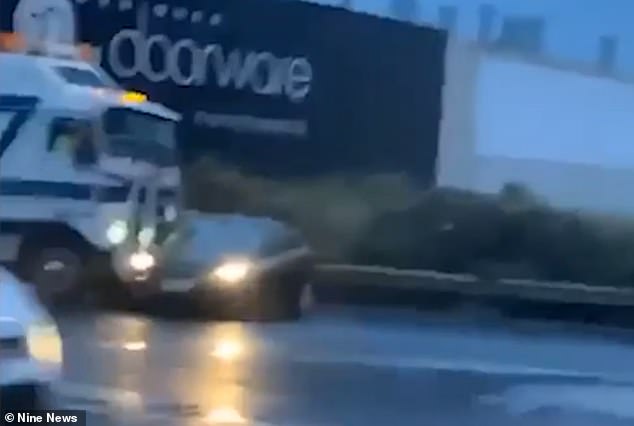