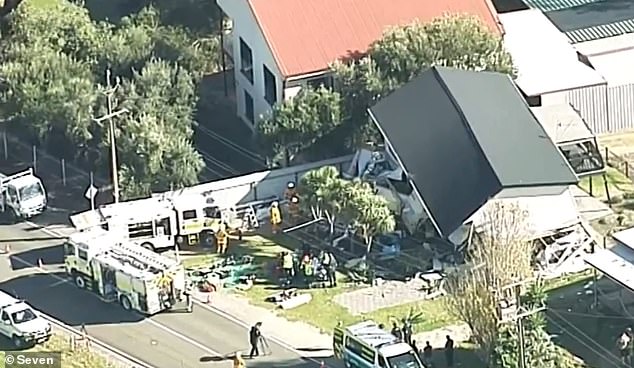 An out-of-control truck slammed into a house on Tuesday leaving the driver and a passenger trapped beneath the property.

The truck smashed into the two-storey home at Carrickalinga, south of Adelaide, around 10.30am, causing it to collapse.

The cabin of the truck ended up wedged underneath the house on Forktree Road, with both occupants of the truck stuck inside for nearly an hour.

The pair were rescued from beneath the rubble by SES volunteers and taken to Flinders Medical Centre with non-life-threatening injuries.

A runaway truck has destroyed a two-storey home at Carrickalinga, south of Adelaide 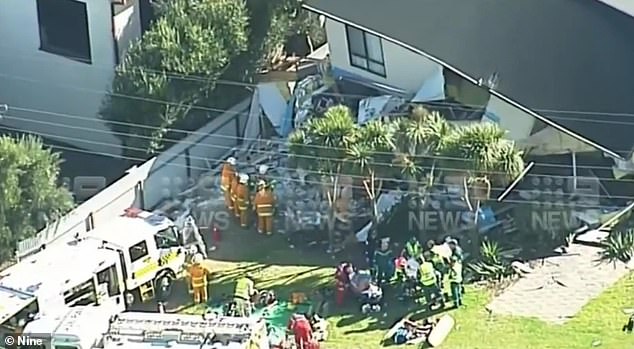 Emergency services at the scene on Forktree Rd, where the cabin of the truck ended up wedged underneath the house

Luckily no one was inside when the truck ran into the house.

Next door neighbour Jarrett told ABC he grabbed his daughter and dived out of the way as the truck sped towards them.

‘I heard a massive rumble outside. I looked out my window and saw a truck careering through my front yard,’ he said.

‘I saw the truck coming and the first thing I did was grab my kid, because I thought it was going to hit my house so I just grabbed my kid and did a dive roll on the floor with her.’

The truck barely missed Jarrett’s house and hit his car before smashing into the house next door. 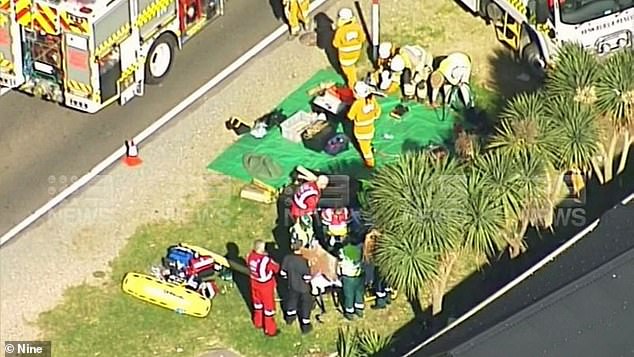 Police are investigating what made the truck lose control, with Jarrett saying he often spots heavy vehicles flying down a steep hill at the top of his street.

‘It was just a matter of time, almost waiting for it to happen to be honest, the way people drive around that corner,’ he said.

The smashed house is one of four serious road accidents in South Australia since Monday night, resulting in two deaths and another person fighting for their life.

A pedestrian was killed after being hit by a truck in on the Port River Expressway at Gillman, while a passenger died after a car rolled on the Sturt Highway near Renmark.

A 24-year-old man was airlifted to Royal Adelaide Hospital in a critical condition after a head-on collision with a road train on the Yorke Highway near Port Arthur. 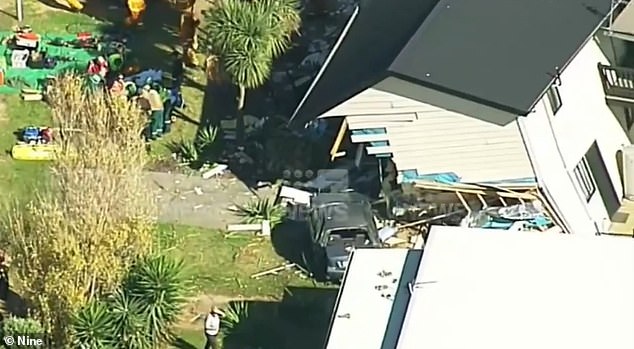 Police are investigating what made the truck lose control, with locals saying they often see heavy vehicles speeding down the big hill at the street