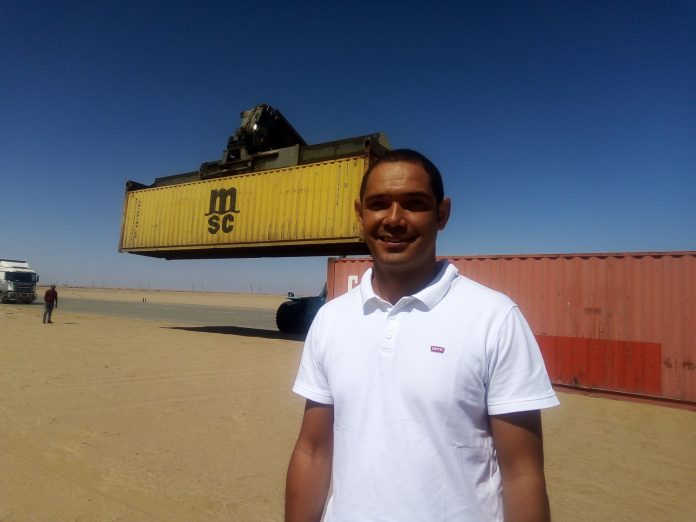 WALVIS BAY – A temporary isolation facility is currently being set up in Walvis Bay to assist the government in the fight against Covid-19.

The facility is on a piece of land that belongs to BIP Container Terminal and will be the sanctuary of cross border truck drivers that will be transporting essential goods between Walvis Bay and other SADC countries.

The isolation facility according to one of the partners of BIP, Warren Ockhuys, is a collective initiative of the transport industry and the Walvis Bay Corridor Group (WBCG).

Ockhuys on Friday indicated the industry players provided containers to build a temporary wall around the land for the drivers that will be loading and offloading essential goods at the town.

“The WBCG will avail a mobile clinic that will be on site. While ablution facilities will be installed,” Ockhuys explained.

He added other arrangements were also made in terms of food for the truckers that will not be allowed to leave the isolation facility unless they are driving back to their respective countries.

Ockhuys further explained that the truckers will also be tested on site while arrangements will be made for loading and offloading of containers.

Mayor of Walvis Bay Wilfred Immanuel during an earlier visit told New Era the initiative came about after local residents and the business community raised concerns over the increasing number of truck drivers that are entering the town without being screened and were also mingling with locals.

“Their fears were genuine. As a result, we consulted with the industry and they came up with the isolation facility as a precautionary measure,” he said.

He added that the truckers will be kept as comfortable as they can although they will sleep in their trucks. “The loading and offloading will be worked out between the various companies, who will also make sure that all their employees are declared as essential service, protected and provided with safety gear and sanitisers at all times,” he said.

Lining up at liquor stores: Pennsylvanians turn up at newly reopened...