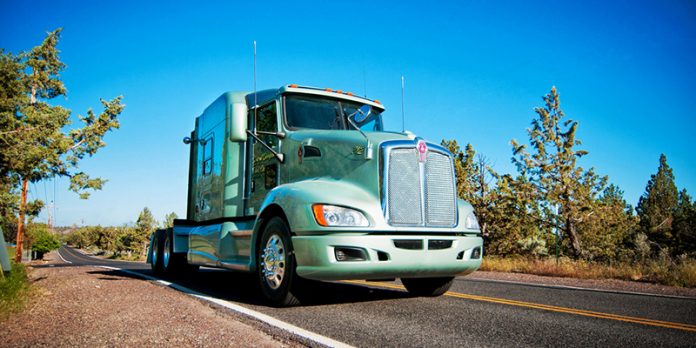 Editor’s note: Written by Aaron Terrazas, director of economic research at Convoy, a digital freight network. This is one in a series of periodic guest columns by industry thought leaders.

During previous recessions and regional downturns, trucking recruited workers laid off from other industries. That built freight supply just at the moment when aggregate demand was typically soft.

Consider what happened during two recent downturns. From the start of the Great Recession in December 2007 to the employment trough, truck transportation employment fell by 13 percent, but residential construction employment fell by close to 40 percent, according to data from the Bureau of Labor Statistics. Then, from mid-2014 when oil and gas extraction jobs peaked to the trough three years later, trucking jobs increased by 2 percent while oil and gas jobs fell by almost 30 percent. BLS data on truck transportation employment do not include owner-operators, which would make these trends appear even sharper.

After layoffs began to increase during recent recessions, there was a strong influx of new workers into trucking, according to data from the Census Bureau’s Current Population Survey: At one point in 2009, for example, nearly 7 percent of all employed truck drivers had worked in construction the previous year. In normal times, anywhere from 2 percent to 3 percent of employed truck drivers were working in construction a year earlier.

The appeal of trucking during nationwide recessions makes sense. Trucking certainly has its own booms and busts. But compared to more volatile job sectors like construction or oil and gas extraction, trucking demand and employment hold up relatively well in periods when the rest of the economy is sagging. Spending on some of the core drivers of overall freight demand such as food and household staples is typically no worse than flat to a small dip during economic downturns. During the current COVID-19 crisis, truckers have played a uniquely heroic role on the front lines, ensuring that critical parts of the economy continue to hum along.

But Convoy’s analysis of early data from the first few weeks of the pandemic suggests that this pattern might not repeat itself during the current crisis.

Over the past decade, economists have increasingly turned to Google search data for early insight into people’s hopes and plans. A growing body of research shows that trends in searches for certain words or phrases on Google can predict economic and societal shifts. For example, searches for information about new cars lead official data on car sales by several weeks and searches for terms like “pregnancy test” or “maternity leave” lead the birth rate by six to 24 months.

Though it is still very early into the crisis, Google search interest in becoming a truck driver declined sharply during March and early April. The downward trend predates the COVID-19 crisis by about a year but has accelerated in recent weeks.

There are some obvious timing-related explanations for this. It is likely too soon for many recently unemployed workers to begin thinking about what comes next and some may expect to return to their old jobs once the economy begins to reopen. From a practical standpoint, much of the in-person training required to get a commercial driver’s license is off-limits in places with mandatory social distancing orders.

But beyond timing, workers in the most adversely impacted industries during the 2007-09 housing bust and during the 2014-16 oil bust likely worked closely with truckers who play critical supporting roles in each of those sectors. The food service workers who bore the brunt of job losses during early March may have less exposure to the freight industry. The fact that Google search interest in becoming a truck driver so closely tracks the freight market suggests that word-of-mouth among truckers and their social networks plays a potentially significant role in driving freight supply. When truckers are doing well, they talk about it and some of the people they talk to consider making a jump into trucking.

The COVID-19 pandemic struck the freight industry at a vulnerable moment. Coming on the heels of a year-plus of soft freight demand, many trucking companies were already operating with thin margins, if any. Layoffs and bankruptcies in the freight industry were accelerating even before the virus shut down the global economy. A repeat of past cycles when dislocation elsewhere in the economy sparked a boost in driver supply would further extend a market that is already tough for many carriers. But early data suggests that history might not repeat itself.

Editor’s note: Aaron Terrazas is director of economic research at Convoy, a digital freight network. Before joining Convoy he was an economist at Zillow and the U.S. Treasury Department.

Trucks.com welcomes divergent thoughts and opinions on transport technology and trucking industry issues. Use the comments section to cite yours. Qualified opinion leaders are welcome to offer suggestions for opinion columns. Contact info@trucks.com.

Latino grocer feeds community after setback of its own