WASHINGTON, D.C. – Trucks moved freight valued at US$62.6 billion between the U.S., Canada and Mexico in March, down 7.1% from March 2019, according to the U.S. Bureau of Transportation Statistics.

The second most used mode of transportation was railways, which moved $15 billion of freight, down 7.7% from March 2019, the bureau said Wednesday.

Total freight worth $98.8 billion was moved by all modes of transportation in March, down 7.9% from the same period last year.

At the same time the value of all transborder freight in March was up 2.9% from February, reaching the highest monthly value since November 2019, the bureau said.

In March, North American economies were not fully impacted by Covid-19.

Truck freight between U.S. and Canada alone was worth $27.9 billion, accounting for 57.3% of all northern border freight, it said.

The top three commodities were computers and parts; electrical machinery; and motor vehicles and parts, the bureau said. 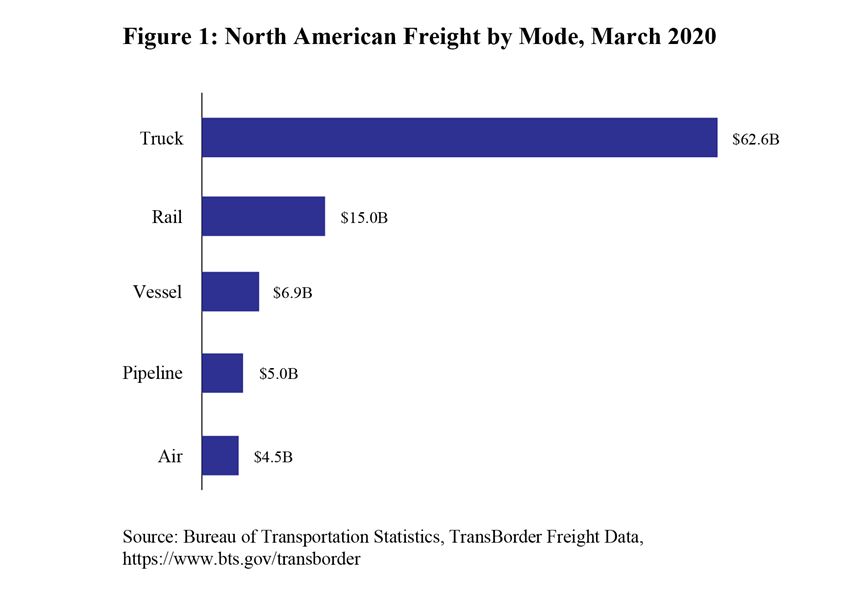 Dogs are not safe in the bed of a pickup truck