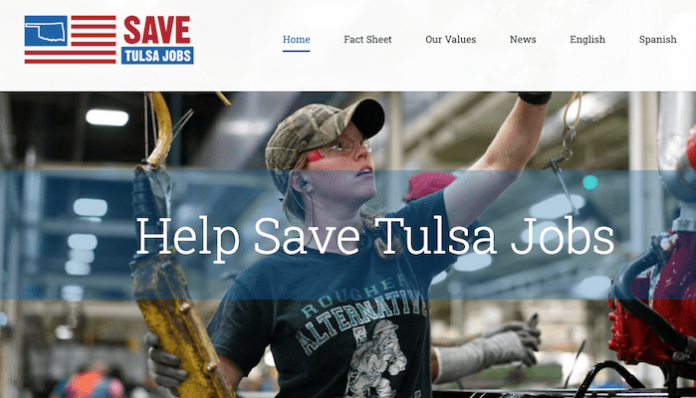 Tulsa, Okla., is threatening to evict IC Bus from its school bus manufacturing facility at the Tulsa International Airport, a move which would cost the city and the state of Oklahoma 1,600 jobs, according to an announcement by Navistar International, IC Bus parent company.

IC Bus executives say in January 2020, the city, at the direction of Mayor G.T. Bynum, told IC Bus it was going to terminate the company’s lease effective Feb. 14, 2020. This eviction, only 20 years into the company’s 40-year lease, would have resulted in the immediate loss of 1,600 jobs. IC Bus requested additional time to hold negotiations.

IC Bus executives now say they are at an impasse with the city regarding this long-term lease for over 1 million square feet of manufacturing space and are concerned that if a resolution cannot be reached with Mayor Bynum and the city, the company will be forced to relocate outside of Oklahoma.

“Over the past 20 years, we’ve been able to create 1,600 good-paying manufacturing jobs,” says Phil Christman, Navistar president of operations. “We spend $750 million each year with vendors and suppliers, and support more than 100 local businesses. We do not understand why city officials suddenly want to break the long-term framework and threaten to evict us.”

Christman adds, “We would like to get this matter resolved so we can stay in Tulsa. We have a great workforce and, despite the current tough economic conditions, we are continuing to operate and we have plans for growth. The potential loss of 1,600 jobs in the current economic environment makes no sense.”

In addition to threatening to terminate the lease and evict IC Bus, Mayor Bynum, chief of economic development Kian Kamas and Mark Hogan, the city’s director of asset management, have demanded that the company spend approximately $20 million on projects by 2024, regardless of the company’s maintenance schedule. The mayor and his team have also demanded a massive rent increase of $28 million over the next 10 years.

Local Tulsa employees are being encouraged to join a coalition, the “Save Tulsa Jobs” campaign, www.savetulsajobs.com, where they and others can reach out to elected officials and express their support for keeping IC Bus in Tulsa.

In 1999, IC Bus and the city entered into an agreement for a 40-year lease to repurpose an abandoned bomber plant adjacent to the airport and transform it into a modern manufacturing facility. The nearly mile-long, 1 million sq.-ft. plant is the world’s leading producer of school buses, the company says. IC Bus has invested more than $140 million in the plant since it opened, including more than $48 million over the past five years.

“We have been doing everything in our power to protect the jobs of the hardworking men and women whose livelihoods are being put at risk. We must also ensure there is no disruption for our customers,” says Christman. “Our desire is to stay and grow in Tulsa, but if local leaders will not be reasonable and honor the terms of our lease, we will be forced to take our plant and 1,600 manufacturing jobs to another state where they will be appreciated.”

Navistar says demands of the mayor’s office include:

“Our priority is to ensure the plant is safe and efficient so that it can weather this economic climate, while providing communities with the world’s safest, most technologically advanced school buses ever made,” says Christman. “The city’s demands to divert capital away from our employees and manufacturing operations, to meet beautification and other superficial goals made up by city staff, is not appropriate and it is certainly not worth risking 1,600 jobs. We hope that the support of the community will help forge a consensus allowing us to stay in Tulsa, rather than IC Bus being forced to make long-term plans in another city out of state that will honor its commitments and contracts.”

In addition to the $750 million spent each year on vendors and suppliers, the IC Bus operation generates new economic development by those suppliers. One IC Bus supplier is building a 45,000 sq.-ft. greenfield manufacturing plant in Tulsa, specializing in the manufacturing of seating systems, to support the assembly of school buses at the IC Bus Plant.

Bus production is at its peak and approximately 75 vehicles are typically completed daily. IC Bus says it is continuing its manufacturing operations with enhanced safety protocols in place due to COVID-19.

So far, the impasse has not disrupted any manufacturing operations and company officials are confident this dispute will not cause manufacturing delays for the foreseeable future, the company says. A standstill agreement with the city expires May 29, 2020. IC Bus hopes to reach a reasonable resolution with the City before that date.

Truck Clutch Market by Technology Innovations and Growth 2020 to 2026