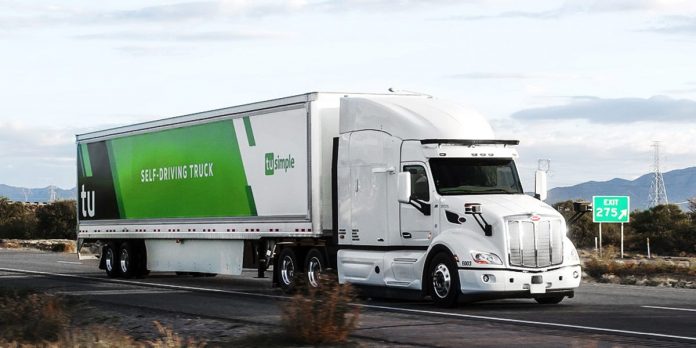 TuSimple has partnered with companies like UPS and Penske Truck Leasing to create a network of autonomous freight delivery trucks across the US by 2024.

The obvious main attraction of TuSimple’s plan is the self-driving aspect, but the company’s Autonomous Freight Network (AFN) project doesn’t stop at just the development of technology necessary for autonomous trucking. TuSimple is also creating digital routes, terminals, and a monitoring system that tracks its trucks to create a well-rounded and safe autonomous network, according to the San Diego-headquartered company.

The development of the network will be separated into three phases that are marked by different time frames and expansion locations.

Phase one, which will take place between now and 2021, will bring — or has already brought in several locations — TuSimple autonomous trucking services to Phoenix and Tucson in Arizona, and El Paso, Dallas, Houston, and San Antonio in Texas, while phase two set between 2022 and 2023 will expand the network coast-to-coast by creating a line from Los Angeles to Jacksonville, Florida.

The final phase three between 2023 and 2024 will be marked by a nationwide expansion to 48 states by the 2024 target. After all phases are complete, TuSimple will then move its operations abroad to Europe and Asia, according to the company.

Woman Rescued After Collision With Truck