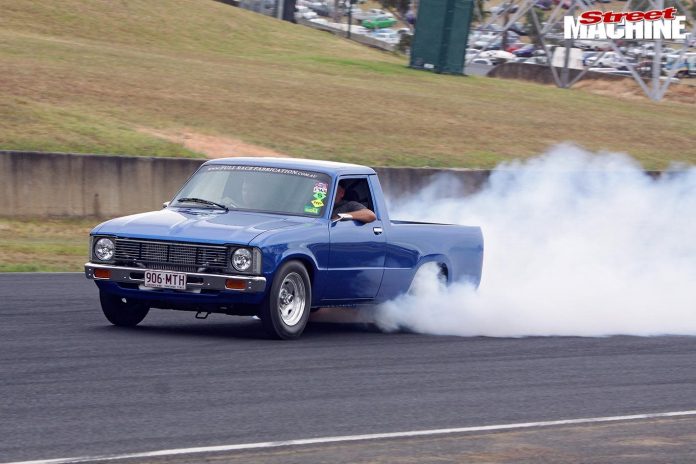 ASSEMBLING a wish-list of go-fast features for your V8 combination, you won’t find many factory deals that tick all the boxes. Six-bolt main caps, steel crank, alloy block, six bolts per cylinder, alloy heads, quad cam, lightweight rotating assembly are all up there as desirable factors for any performance engine and few qualify off the showroom floor.

One that does is the Toyota Lexus/Soarer V8. These lightweight, hard-revving combinations require minimal modification to punch out 1000hp with a set of hairdryers on them, and are really a superb choice for any retrofit project.

At Sydney’s recent Powercruise, Queenslander James Horan brought his 1980 Hilux out to play. The car’s had a hell of a life since he built it about eight years ago, when he slipped in the 4.0l V8 and five-speed manual. The conversion was pretty simple, he says. Okay, so he’s a fabricator, but James claims anyone could do it.

He crashed the truck a while back and rebuilt it, only to roll it at Powercruise in Queensland last year. After that he decided to do it properly.

“I really wanted to build something that I could use as a promo tool for my business, Full Race Fabrications in Caboolture,” he said.

So he started with a heap of body modifications, including stretched doors and later-model panels.

“I cut out the rear-end and fitted a four-link with a sheet-metal nine-inch housing, 35-spline axles and 4.1 gears. I found a TH400 transmission a mate had had rebuilt years ago by Precise Automatics with a transbrake and a lot of good gear in it. It didn’t take much to make an adaptor for it to fit behind the Soarer motor.”

A Converter Shop 4000rpm stall unit has been tightened up to make it nicer to drive on the street. 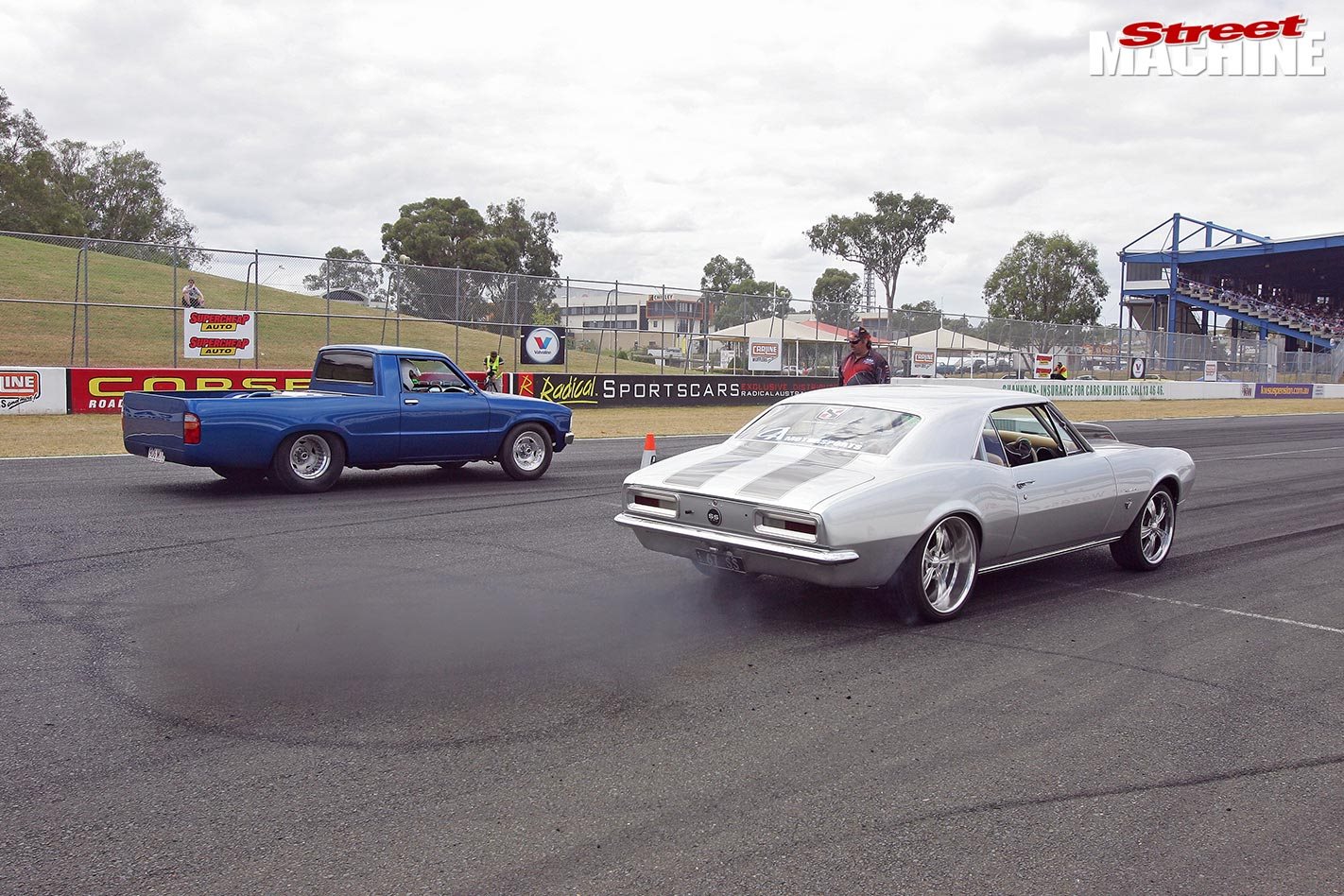 Under the hood, the immaculate twin-turbo powerhouse boasts 1000+hp with 30lb of boost, yet looks like it’s a factory deal with some minor performance bolt-ons. It’s still a standard stroke, standard crank combination, with Argo rods, Ross pistons and JE gudgeon pins. A set of Kelford cams and valvesprings from NZ and an improved radius in the short turn in the intake ports are all the changes to the top-end. The intake manifold was built in-house, as were the thick-walled steam pipe exhaust manifolds. To handle the increase in power and the use of E85 fuel, the injectors have been upgraded to Bosch 2000cc injectors; a pair of Bosch 044 EFI pumps and a Magna Fuel regulator complete the fuel system.

A pneumatic valve limits boost to 30psi and James will soon fit another blow-off valve to the intake so he can hold the boost at 8lb on the transbrake to help launch the car.

The turbochargers are GT35Rs with 0.63in exhaust housings matched to a pair of 44mm Tial wastegates, and James is impressed with them.

“It’s pretty wild to drive! It unloads the tyres really easily even at speed. The trick is to let it unload the tyres, back off then roll on it again.” 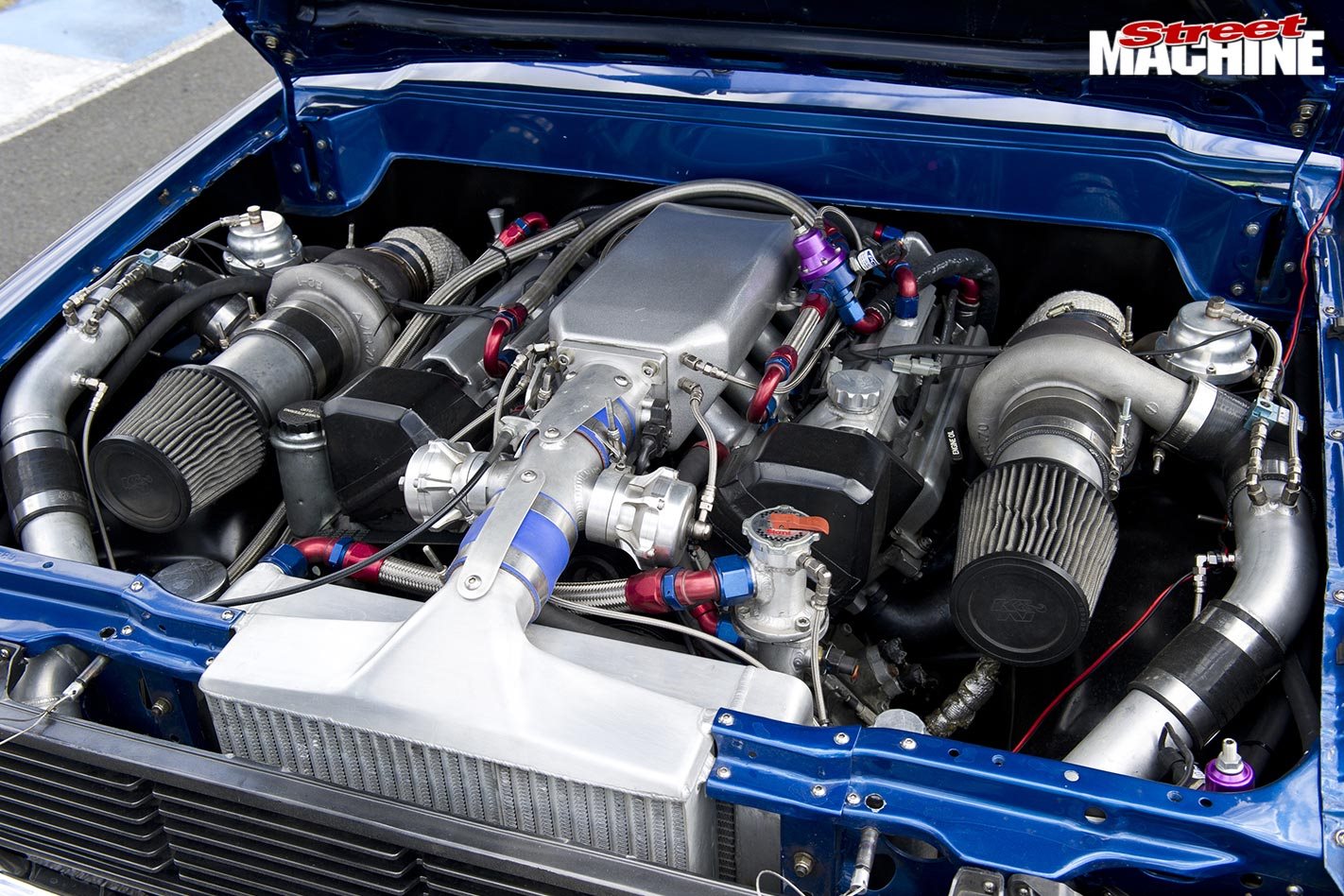 This is not the first toy James has built — he built Ben Bray’s SMOKIN burnout ute and Michael ‘Gup’ Gilbert’s turbo HQ. One can only imagine that his own car will provide a similar level of success.

The car weighs only 3000lb, so if he can get it to hook up it should run mid-eights. But all racers know it’s easier to gauge performance on a Moroso slide rule than to get a car to do it.

Wrapping around our community during Covid-19 crisis – The Gisborne Herald