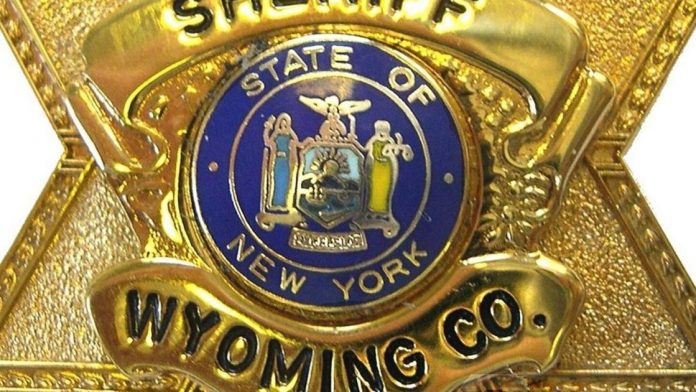 COVINGTON — Two Orleans County men face drug charges after they were stopped for towing a driverless pickup truck and “swerving in and out of traffic in an erratic manner” Sunday, Wyoming County sheriff’s deputies said.

Sgt. Colin Reagan said both trucks were weaving all over the road.

The GMC was found to have switched plates and Carlton had only a permit and no valid supervising driver.

Carlton was charged with driving while ability impaired by drugs, criminal possession of a controlled substance, unlawful possession of marijuana, obstructed view, no registration, switched plates, moving from a lane unsafely and unlicensed operation.

His passenger, Roger Kingdollar III, 20, of Clarendon, was charged with criminal possession of a controlled substance and unlawful possession of marijuana.

Kingdollar is on 10 years of probation for a 2018 conviction for promoting an obscene sexual performance by a child. He is Level 2 offender on the New York State Sex Offender Registry and will likely face violation of probation charges in Orleans.