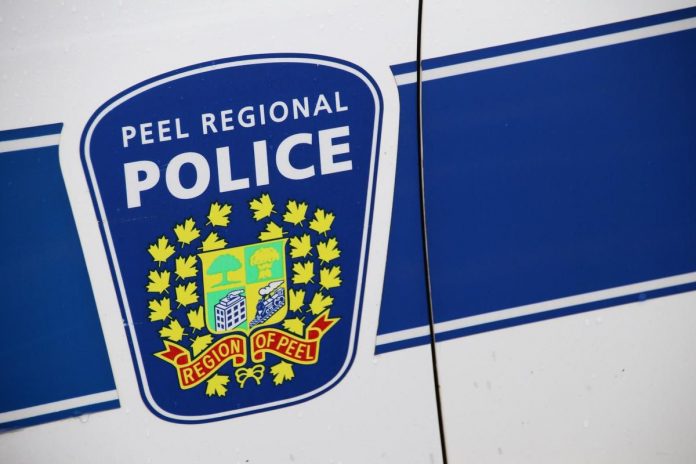 Peel police returned fire after being shot at by a group of people who rammed a police car and then hijacked a pickup truck with an 8-year-old girl inside on Friday evening in Mississauga.

Const. Akhil Mooken with Peel police said in a late-night media briefing on Friday that officers were shot at after attempting to arrest an individual near Confederation Parkway and Burnhamthorpe Road in Mississauga.

Officers fired back and were then rammed by a vehicle driven by one of the suspects. A nearby pickup truck was then hijacked by the suspects, Mooken said.

The girl, now reportedly safe, was thrown out of the hijacked vehicle by the suspects during an ensuing police chase, Mooken said. Officers stopped to recover the girl and ensure her safety.

“It’s a very traumatic situation, and understandably so,” Mooken said.

Two of the suspects are in custody, and the other two are outstanding and considered armed, police say. One of the outstanding suspects is described as a Black man, five-foot-eight to six-feet tall. He was last spotted wearing a white tank top, a gold-coloured cloth covering on his head, and no shoes. There was no description available for the other outstanding suspect.

Police say the two outstanding suspects are wanted for robberies across the GTA.

Police recovered the suspect vehicle five kilometres away, about a 10-minute drive, near Creditview Road and Eglinton Avenue West and say that the two suspects may be fleeing the area on foot.

Peel paramedics told the Star that they haven’t treated anyone for injuries as a result of the incident.

There’s a significant police presence in both locations and a police helicopter will assist searching the areas, police said on Twitter.

“We could be here until the daytime hours,” Mooken said.

Get more of what matters in your inbox

Start your morning with everything you need to know, and nothing you don’t. Sign up for First Up, the Star’s new daily email newsletter.

Denver police looking for driver of pickup truck that hit and...