A toddler has been killed and her six-year-old sister is recovering from serious injuries after a horror highway crash.

The siblings had to be cut from the wreckage of the mangled SUV after the woman driving slammed into a parked truck, north of Adelaide, on Wednesday morning.

The 63-year-old driver is believed to be childrens’ grandmother, according to 7 News.

A toddler has been killed and her six-year-old sister is recovering from serious injuries after a horror highway crash (pictured: the red SUV was seriously damaged after the crash on Wednesday morning)

The car was travelling along the Sturt Highway at Shea-Oak Log, 60km north of Adelaide, when she lost control and hit the tyre truck at about 10.45am.

Passing motorists rushed to the scene but they were unable to save the toddler.

Local Carol Wagenfeller said as soon as she heard the sirens she knew it was bad news.

‘You hear ambulances and you think ”oh God, here we go”,’ she said. 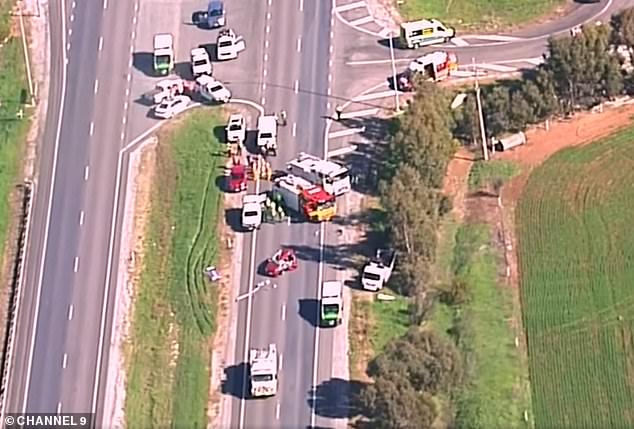 Locals reported scenes of chaos (pictured) after the fatal crash at Shea-Oak Log, north of Adelaide on Wednesday morning

‘I’ve been around here my whole life – I haven’t seen anything like it around here,’ Mr Panagiotou told Adelaide Now.

Traffic was banked up for hours while crime scene detectives investigated the scene.

A rescue helicopter transported the six-year-old girl and 63-year-old woman to Royal Adelaide Hospital with serious, but non-life threatening injuries.

No one was inside the truck when the car slammed into it.

The death of the toddler takes the number of lives lost on South Australian roads so far this year to 53. 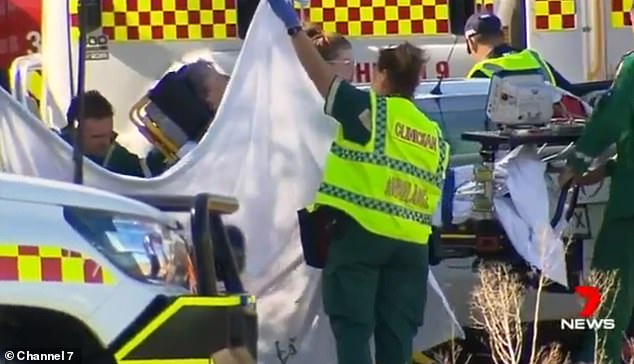 Despite volume uptick in July, ‘used truck sales are spotty’