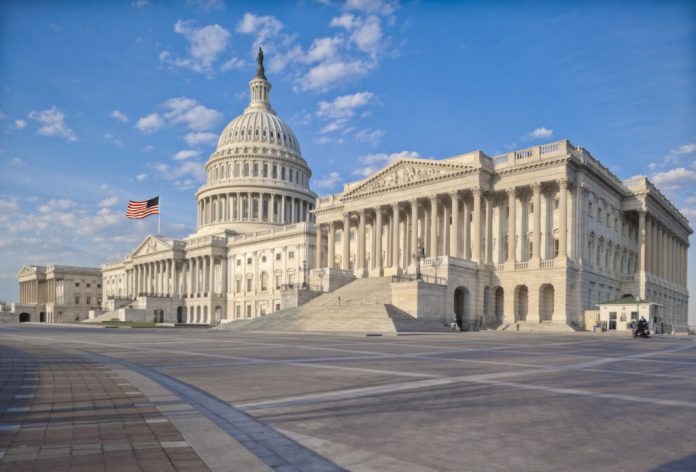 WASHINGTON, D.C. – A U.S. infrastructure bill
unveiled yesterday would fund highways and clean transportation efforts, but also
delay a final hours of service rule, and push for a rulemaking on driver
detention and changes to the CSA program.

Highways would be targeted with $319 billion,
prioritizing fixing broken and outdated infrastructure, including 47,000
structurally-deficient bridges.

The House’s Investing in a New Vision for the
Environment and Surface Transportation in America (INVEST in America) Act would measure state-by-state greenhouse gas
emissions, offering incentives for reducing carbon pollution, and boosting the
funding for charging stations and fueling options used by electric and
zero-emission vehicles.

It includes $4.6 billion over five years for the U.S. Federal Motor
Carrier Safety Administration, with part of that used for a new Large Truck
Crash Causal Factors Study.

Opinions about the bill

The Owner-Operator Independent Drivers Association (OOIDA) released a statement supporting provisions such as increased funding for highway construction, US $250 million for truck parking projects, provisions that will help limit excessive detention time and predatory lease-to-own schemes, new restrictions on tolling, and analysis of H-1B Visa use within the trucking industry.

But the association said it was
concerned about provisions that would return CSA scores to the public before
the system is perfected, and delay implementing FMCSA’s final hours of service
rule that was published June 1 and scheduled to take hold in late September.

The bill would require the
Transportation Department to delay the hours of service rule until 60 days
after submitting a “comprehensive review of hours of service rules and the
impacts of waivers, exemptions, and other allowances that limit the
applicability of such rules.” The bill would require that report to be
completed in no more than 18 months and published in the Federal Register for
public comment.

It calls for the department to
initiate a rulemaking on a regulation that would establish limits on the amount
of time a driver can be detained by a shipper or receiver without compensation,
too.

American Trucking Associations
President and CEO Chris Spear said in a statement, “This draft legislation
contains significant investment in our country’s roads and bridges and
approaches highway and truck safety from a data-driven perspective. And while
we may not agree on every provision therein, this is a real and commendable
step on the part of the committee to advance the process in the House and ultimately
arrive at a negotiable solution with the Senate.”

The bill drew swift reaction from
House Republicans and other critics saying a more bipartisan approach is
needed.

Committee on Transportation and
Infrastructure Ranking Member Sam Graves, Subcommittee on Highways and Transit
Ranking Member Rodney Davis, and Subcommittee on Railroads, Pipelines, and
Hazardous Materials Ranking Member Rick Crawford (R-AR) made a joint statement,
saying the bill “lacks critical flexibility for the states, its outsized
funding increases for urban areas will leave rural America even further behind,
and numerous new green mandates and extreme progressive goals are woven
throughout the fabric of new and existing core programs.”

American Association of State Highway
and Transportation Officials executive director Jim Tymon praised the
committee for taking the first step in reauthorizing surface transportation
programs before they expire this fall.

“Transportation has traditionally
been a bipartisan issue, and both sides of the aisle will have to work together
to get a surface transportation bill over the finish line,” he said. “We remain
encouraged that infrastructure appears to be a priority in both the House and
the Senate and we look forward to working with Congressional leaders to enact
legislation before the expiration of the FAST Act that will fully fund the
highway trust fund and ensure the nation’s transportation system remains the
backbone to economic vitality and overall quality of life.”

“With historic unemployment, tremendous unmet
infrastructure needs, and less than four months before the expiration of
surface transportation programs, this is no time for another partisan approach
to infrastructure,” said Neil Bradley, U.S. Chamber of Commerce executive
vice-president and chief policy officer.

The INVEST in America Act is highly
unlikely to make it into law in its current form. It first must be passed by
the full House, and then the House and Senate must work on creating a
compromise bill before it can go to the president’s desk for a signature.