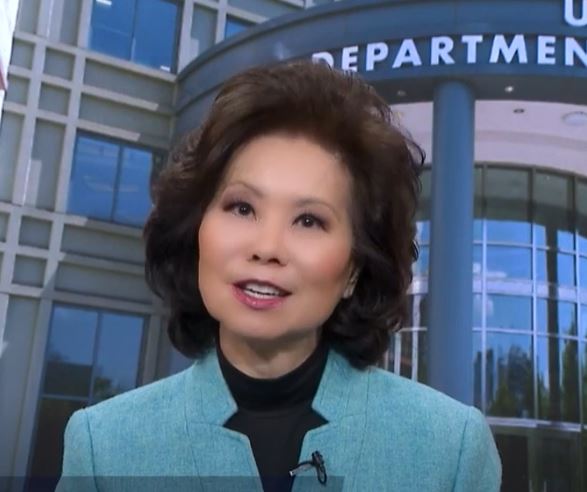 WASHINGTON, D.C. –  After analyzing feedback received over the past two years, the U.S. Federal Motor Carrier Safety Administration has updated the Hours-of-Service (HoS) rules that officials say will offer more flexibility to drivers and increase safety on America’s roadways.

“It has been guided by the feedback that we have received from truckers, carrier safety advocates, law enforcement and also concerned residents and citizens.”

In all, the
department received more than 8,000 public comments, Chao said.

No increase
in driving time

Acting FMCSA
Administrator Jim Mullen stressed that the rule changes do not increase driving
time, and will continue to prevent operators from driving for more than eight consecutive
hours without at least a 30-minute break.

The new rule
will have an implementation date of 120 days after publication in the Federal
Register.

The agency said it will lead to an annualized cost saving of nearly $274 million for the U.S. economy and American consumers.

Both Chao
and Mullen praised the “tremendous contribution” the truck drivers are making
during Covid-19.

“Truckers
are really American heroes, especially at a time like this,” said Chao.

The American Trucking Associations quickly welcomed the changes, saying it had been engaged in the rulemaking process from the very beginning.

“Today’s
rule is the result of a two-year, data-driven process and it will result in
needed flexibility for America’s professional truck drivers while maintaining
the safety of our roads,” said ATA president and CEO Chris Spear.

The U.S. trucking industry employs more than 7 million people and moves 70% of the country’s domestic freight.