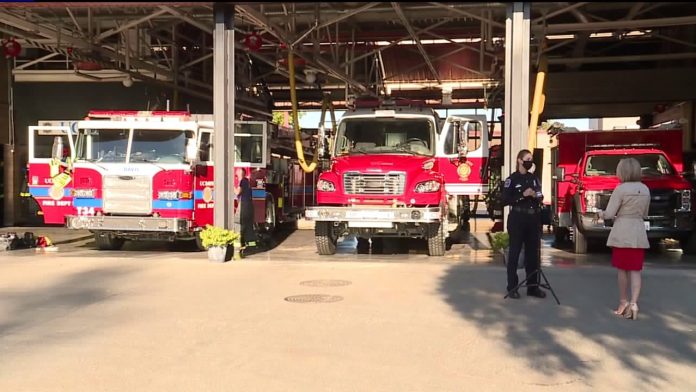 DAVIS, Calif. (KTXL) – According to the UC Davis Fire Department, nearly 25% of its firefighters are wearing gear that doesn’t fit them.

UC Davis Fire Chief Nathan Trauernicht told FOX40 Monday that he is calling on uniform manufacturers to do better.

“They need to have maximum range of motion, and at critical times, they have to be able to make critical movements, and if that doesn’t happen, it puts all of us in danger,” Trauernicht explained.

Some firefighters told FOX40 that their safety is at risk because their gear simply doesn’t fit right.

“The inseam I would say is usually the biggest issue, especially if you’re going to be getting low, like dropping to the ground or something, because it doesn’t allow you to have that flexibility or dexterity,” UC Davis fire engineer Corrie Beall explained.

“Imagine trying to climb onto a fire truck, but you can’t quite get your leg all the way up because your inseam is four inches lower than it should be,” Trauernicht said.

Beall said this is the reality for most female firefighters who are forced to buy men’s uniforms and have them altered.

“You kind of have to go to a few different alterations places because they use a different type of thread, so you have to get the fire-resistant thread, and then some can only take it in so far without having to completely change the entire pant,” Beall explained.

Fire officials said the fit is frustrating because manufacturers used to make uniforms in a women’s cut.

“The company that they buy from used to make them, but because there wasn’t enough demand, stopped making them,” Trauernicht explained.

Trauernicht said the issue is especially apparent at the UC Davis fire department where nearly a quarter of their firefighters are female.

“Even though our numbers are still increasing for women in the fire service, there’s not a threshold we’re waiting to get to. It’s here and now and we need to do something,” Trauernicht said.

The fire chief said he wants to make his station welcoming and inclusive and he’s asking uniform manufacturers to do the same.

“It seems very old school. Like, it’s 2020 and we should be progressive especially in all areas of this industry,” Beall said.

Florida State is doing a study on the fit of fire gear for women.

Trauernicht said he hopes the study will shed more light on the need for female fire uniforms.

Truck driving as a career in the spotlight

Best commuter bikes: Our pick of the best bikes for your...