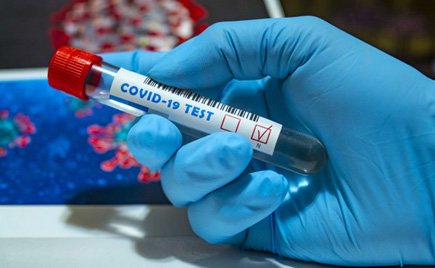 The Ministry of Health has confirmed 11 new cases of Covid-19 from samples that were tested on Monday. The total confirmed cases are now 657.
Among the new confirmed cases are five truck drivers from Malaba and Elegu points of entry. The other six are contacts and alerts from Amuru and Kyotera districts.

According to the health ministry, all samples of health workers taken on Monday tested negative for the virus.

However, the World Health Organisation (WHO) has cautioned that the Covid-19 situation is worsening globally, with a major increase in the number of cases and deaths recorded.

Data from WHO shows that in the last nine days, 100,000 new cases were reported globally on a daily basis bringing the virus caseload to almost seven million worldwide, with nearly 400,000 deaths.

Dr Tedros Adhanom Ghebreyesus, the WHO Director General says over 136,000 cases were recorded yesterday, the highest to be recorded in a single day since the outbreak began.
According to WHO, while the United States and Brazil have the most confirmed cases now, the numbers in Africa and Eastern Europe are increasing.

“Most countries in the African region are still experiencing an increase in the number of Covid-19 cases, with some reporting cases in new geographic areas, although most countries in the region have less than 1,000 cases. We also see increasing numbers of cases in parts of Eastern Europe and Central Asia”, he said.

While encouraged by “positive signs” in some nations, Dr Tedros warned against complacency, especially as countries begin to open up.

“The biggest threat now is complacency. Results from studies to see how much of the population has been exposed to the virus show that most people globally are still susceptible to infection. We continue to urge active surveillance to ensure the virus does not rebound, especially as mass gatherings of all kinds are starting to resume in some countries,” he adds.

In Uganda, health experts are also warning of the same. Currently, the country is reporting more cases from communities than truck drivers. Last week, more than 140 reported cases were from communities and not high-risk groups.

Dr Monica Musenero, an epidemiologist and a senior presidential advisor on epidemics says that with cases in the community, Uganda is about to start experiencing the pandemic.

“Right now we are faced with a situation where cases are going to end up in villages to infect people’s 80-year-old grandmothers. People have refused to stay home which increases the risks of the disease being spread,” Dr Musenero said.