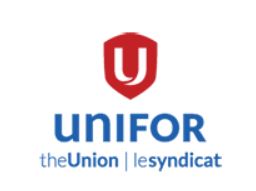 VANCOUVER, B.C. – Canada’s largest private sector union is calling for a crackdown on the growing container trucking black market at the Port of Vancouver.

The union is urging the provincial government to give the Office of the Container Truck Commissioner more tools to properly monitor the off-dock shipments, and levy fines.

“We have been raising this issue since June of 2018,” said Gavin McGarrigle, the union’s director for Western Region.

“What we are doing today is sounding the alarm that this particular concern can’t wait any longer for resolution. It has to be dealt with (now),” McGarrigle told Today’s Trucking in an interview from Vancouver.

He said there are about 1,600 licensed truckers, who are facing cut-throat competition from “hundreds” of unlicensed players.

“The pain is getting too much for the members out there as they are sitting at home, looking for work,” McGarrigle said.

Unifor represents some 315,000 workers across Canada.

The Ministry of Transportation and Infrastructure did not directly address Unifor’s call for quick action, but said fairness in the trucking industry is important to the government.

It said the province and the commissioner are interested in exploring the off-dock sector and its relationship to efficiency and competitiveness in the Vancouver Gateway.

“To inform this work, the province and commissioner have commissioned a study to better understand off-dock truck trips that support containerized shipping throughout the Lower Mainland.”

It said they will be releasing the report, and engaging with the industry in the coming months.

Dave Earle, president and CEO of the British Columbia Trucking Association (BCTA), said the effective regulation of off-dock moves has been an issue for many years.

“While it may appear on the surface to be straight forward, when reviewing the law in detail, it becomes apparent that this is not the case,” he said in an email.

“Our members are concerned, and have been working with the government, and have engaged labor organizations in an effort to better understand the situation and develop solutions that will benefit all parties involved.”

The Port of Vancouver is the largest port in Canada. It handles $1 of every $3 of Canada’s trade in goods outside of North America, according to its website.

The port is operated by the Vancouver Fraser Port Authority, a federal government agency.

CVSN webinar to offer tips for selling as businesses reboot