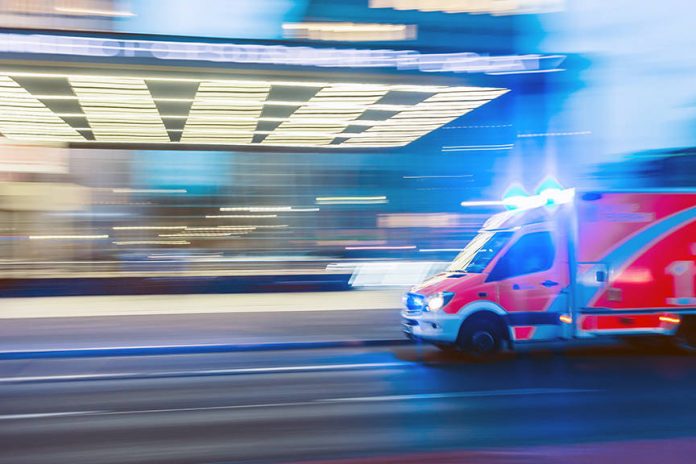 For the second time in the past five days, police have responded to a collision involving a motorcycle in Vernon.

A crash between a motorcycle and a pick-up truck Monday morning was the latest, closing a portion of 25th Avenue in front of Happy Days convenience store for two hours.

The motorcycle was east bound on 25th Avenue when a truck turned left in front of the motorcycle. When the motorcycle collided with the truck, the impact caused the motorcyclist to lose their helmet before striking the ground. The truck driver remained on scene and was cooperative with police investigators. The motorcyclist was transported to hospital with serious injuries.

“It does not appear that speed or alcohol were factors in this collision,” said Cpl. Tania Finn, media relations officer with the Vernon North Okanagan RCMP. “As the collision occurred in a construction zone, Worksafe BC was advised by police.”

The road was closed from 9 a.m. to 11 a.m. between 41st and 37th streets while the investigation took place. The crash took place at 39th Street in a construction zone.

RCMP continue to investigate the cause of the incident and ask anyone with information to contact Const. Gordon Carson at 250-545-7171.

This is the second crash involving a motorcyclist in less than a week. A 22-year-old died as a result of injuries in a crash on 27th Street Wednesday, Aug. 19.

Patrol: Man, 64, Dies After Pickup Collides With Dump Truck Near...