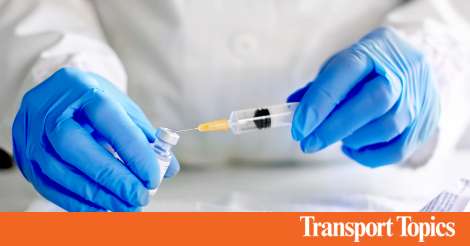 While the medical community works overtime developing a vaccine for the COVID-19 virus, transportation and logistics companies are hard at work on strategies to ship it safely around the world once it is ready.

Some optimistic projections suggest that could happen by year’s end, so transportation companies want to be ready. Officials from corporations involved in that planning tell Transport Topics that the scope of the effort is unprecedented.

For example, UPS is building two freezer farms — one at its air hub in Louisville, Ky., another in Venlo, Netherlands — that the company said will store millions of vials of a vaccine at temperatures as low as minus 80 degrees Celsius, or minus 112 degrees Fahrenheit.

“I think this ranks right up there with one of the biggest challenges we have ever had in the health care space,” UPS Healthcare President Wes Wheeler told TT. “We’ve been told that many times by our customers. Every vial counts. There is not any spare vaccine to go around. The logistics of this are complicated.”

Wheeler noted that the temperature control requirements are one of the more challenging aspects of storing and shipping a vaccine.

“How do you manage a [minus] 80 [degree] vial, or a pre-filled syringe, allow it to thaw for a certain number of hours and then administer it to a patient? All of these complexities are being worked by the pharma companies and Washington,” he said.

Wheeler said UPS been invited to join the federal Operation Warp Speed task force that is coordinating with the pharmaceutical industry to develop a vaccine.

“There is only so much capacity, and you’re trying to develop 4, or 5 billion doses of this drug, the vaccine,” he said. “Who gets it first, who gets it second, what countries get how much? This is not only the challenges these pharma companies have but also the governments of these countries have. Somebody has to make these choices.”

Freezer farms are a standard solution in the pharmaceutical world for storing and cooling medical supplies, and UPS is not alone in expanding its capacity of this equipment.

FedEx Corp. told TT is has added 10 freezer facilities, and more are in the planning stages. The company also said it believes it has the air cargo capacity to play an essential role in this effort.

“Over the last decade, FedEx Express has worked closely with the [Federal Aviation Administration] to dramatically increase the dry ice carriage amount for most of the aircraft in our fleet, allowing us to service more health care shippers,” the company said.

UPS’ Wheeler noted that the vaccines will be handled like other fragile medical supplies the company ships, packed in dry ice — frozen carbon dioxide — to maintain temperatures during movement between trucks and planes. With their proximity to UPS air cargo hubs, he said the freezer farms will accommodate overnight delivery to almost anywhere in the world.

DHL Global Forwarding USA in recent years has also moved to increase its share of the medical business, CEO David Goldberg told TT. He noted the company has eight cold-chain facilities in the U.S., including a new center in Indianapolis that opened in July. In 2015, it opened a 430,000-square-foot facility at Chicago’s O’Hare Airport.

The company’s facilities feature super cold storage freezers and improved technology to track packages and specific truck-loading docks and equipment for temperature-sensitive packages, he said, adding that he expects the process of delivering the vaccine to ramp up in the next six months.

“There won’t be a billion doses on day one. It will be produced over a period of time,” Goldberg said. “But we have all of the pieces in place to support the transport in terms of the capacity and the people. People need the vaccines, but I think it will be doable. We are trained and ready for this.”

Goldberg noted DHL is staying in contact with its existing life science and pharmaceutical customers as work on a vaccine progresses.

“We just continue to stay close to them,” he said. “When and if they’re ready to move things, we’ll be ready.”

Decontamination system in Jefferson City one of select few in US