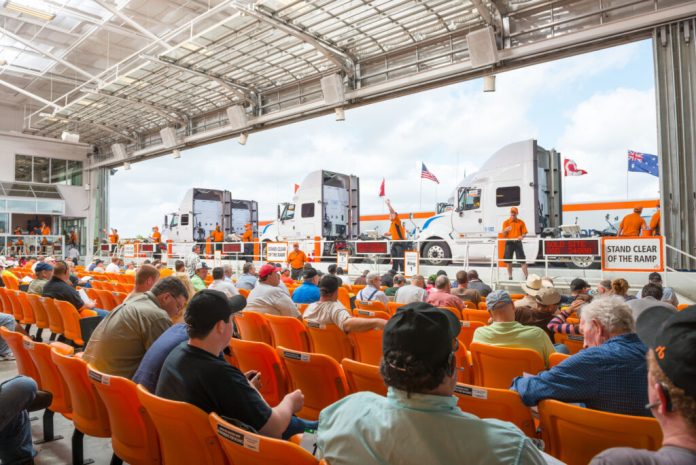 VANCOUVER, B.C. – Canada’s used truck
prices have dropped in recent months, but they are faring better than the
prices in the U.S.

The findings emerge today in the
release of a market trends report from Ritchie Bros., known for its heavy
equipment auctions.

Prices of truck tractors for the three months ending in May were down 5% year over year, compared to a 9% drop in the U.S. Vocational trucks saw prices drop 3% compared to those in the U.S. that dropped about 5%.

While used heavy equipment prices
were relatively flat in Canada, those in the U.S. declined about 3%, Ritchie
Bros. says. Lifting and material handling equipment declined 1%, but dropped 8%
in the U.S.

Values are improving in the U.S. and
Canada as the auction house continues sales through online platforms. During an
Edmonton auction from May 11-15, for example, Ritchie Bros. sold 10,700 pieces of
equipment, representing $184 million in online transactions.

“In particular, we are seeing steady
improvement in values in both the United States and Canada with particularly
strong buyer participation in North America from Texas, California, Alberta,
and Mexico and internationally from Asia and South America,” Calhoon said.

The Market Trends report is available
through services within Ritchie Bros. Asset Solutions.

Michelin invests in Pyrowave, explores use of recycled plastics in future...