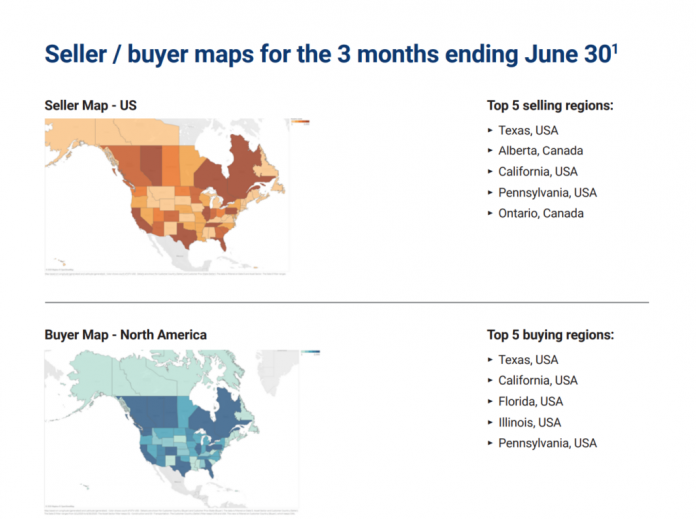 “Used equipment values in general continue to be lower compared with the same time period last year for the U.S. and Canada, however, the rates of decline continue to moderate as they have over the past few months,” the auctioneers report in their August Used Equipment Market Trends Summary.

For the three months ending in July, the prices for Canada’s used truck tractors were down about 3% compared to the same time frame last year. In contrast, the drop was closer to 6% in the U.S.

Lifting and material handling equipment prices were essentially flat year over year on this side of the border, but down about 4% in the U.S.