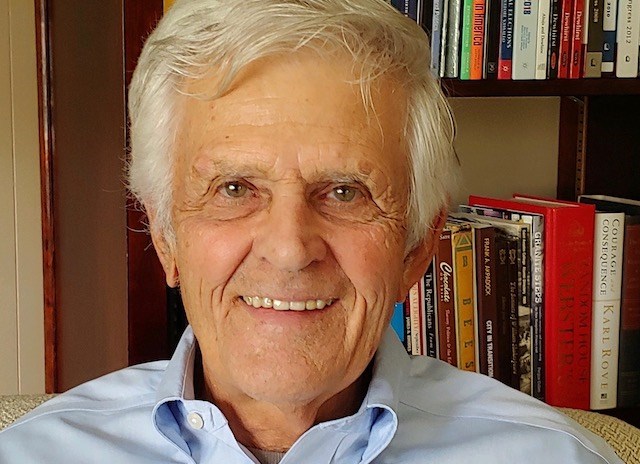 Andrew Yang’s idea is unique in the history of American public policy. Everyone over 18 receives $1,000 a month, every month. It”s like the first CARES Act, only on a permanent basis.

Ryan is sponsoring a bill for more stimulus money — cash to almost everyone.

This is for a second round; it was in the first  Coronavirus Aid, Relief, and Economic Security Act.

Andrew Yang, a surprise candidate, earned his place on the Democratic presidential debate stage with a good idea, one that has many consequences.

Arguably Yang has been the most influential Democratic candidate in 2020.  When the pandemic hit and the economic devastation took hold, Congress had to do something. One of the things they did was pass, as part of the first CARES Act, Yang’s idea of money for everyone. Congressional Democrats and Republicans took to the idea, and Yang received little attention or credit.

Of course, he wants permanent monthly cash payments, which is not what they did.

Universal Basic Income is a unique idea in the history of American public policy. The United States federal government gives out money through a variety of programs but there are strings attached. Like Social Security, one must pay the FICA tax for so long, and usually, get old to get any money. Most other federal cash awards are very limited and disbursed by the state. Not for Yang’s Universal Basic Income: Everyone over 18 receives $1,000 a month, every month, adjusted for inflation. No strings. Feds run the program.

Yang sees a challenging future for America. He sees significant job loss from advances in technology and that those lost jobs are not replaced.  He sees an increasing concentration of wealth from the new technology.

Yang saw this occur in Youngstown with the loss of manufacturing. He wrote about Youngstown, where at one time good manufacturing jobs were abundant until the plants closed when unemployment surged to 24.9 percent in 1983.

“In 2011, the Brookings Institution found that Youngstown had the highest percentage of its citizens living in concentrated poverty out of the top metropolitan areas in the country.” Yang wrote, “The city was transformed by a psychological and cultural breakdown.”

Youngstown knows about the devastation from the loss of manufacturing jobs that will not come back. Yang sees a very significant loss of jobs that most Americans now work — and struggle to get by. Included in is list are clerical and administrative staff, those jobs are being pushed aside by technology. For sales and retail jobs, the ongoing erosion of those jobs is being accelerated by the pandemic, as consumers go to Amazon. Food preparer jobs will also decline.

He goes on to talk about job losses in other services from law to medicine as technology drives to replace workers. The government contributing to job loss, SNAP, the food stamp program, now permits purchases online from Amazon, if that takes hold, what happens to the corner grocery store? Truck drivers are one of the biggest groups he predicts will disappear in 10 years.

Included in Yang’s predictions of job loss, which is not yet visible, are the 3.5 million truck drivers. Self-driving trucks have been very slow to develop. Yang wrote “Let me assure you it’s coming.”  He cites some of the big players in the field including Elon Musk who just launched a rocket with astronauts. When it comes, it will put an end to one of the largest groups of decent-paying jobs, for people with high school degrees.

We are in a crisis, that has many parts. Not unlike the Great Depression. President Franklin Roosevelt and the New Deal Democrats created Social Security, out of the ashes of that crisis. Could this government or the next government give us Universal Basic Income, which gives everyone a stake in society? That is one of Yang’s points, that his plan is about a lot more than money.

Remember, the New Dealers adopted the FICA tax before distributing the benefit of Social Security. That might be hard to envision, but it might happen.

When there is a good idea, other people jump on it.  Mark Cuban wants to give every household a $1,000 or $1,200 debit card that is use-it-or-lose-it — you must spend the money or lose the money.  He wants to help struggling businesses.

That is what is attractive about Yang’s idea. He does not tell people what to do with the $1,000. Government loves to attach strings if they give you something.  Another attractive characteristic about Yang’s proposal is he has a tax to pay for it. That is unique as this government keeps digging a bigger and bigger debt hole for future generations with their continuous tax breaks and deficit spending.

Do not give up on Yang and his ideas. It is a small step in addressing the inequities of our time, which are growing and will grow faster.

When the bill is passed, it should be signed in Youngstown, one of the first places to show the bleak future. It is not very pretty here — and in many other parts of the county. According to Yang, it is only going to get worse.

This Brockton family’s ice cream truck could make a stop in...

Gr8 Acts of Kindness winner feeds truck drivers from all over...