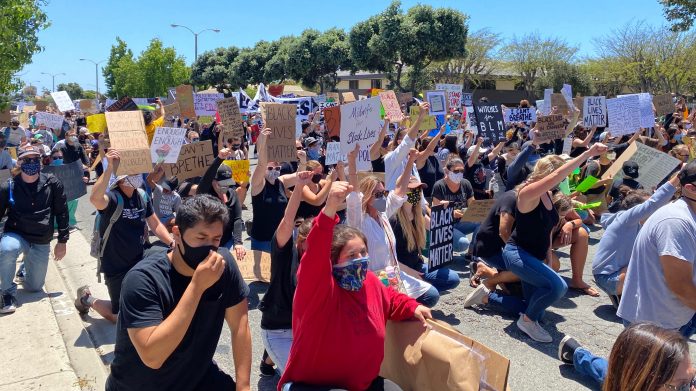 Ventura police are investigating an incident Sunday caught on video of a pickup truck driving through a crowd of protesters after officers initially described it as an accident. 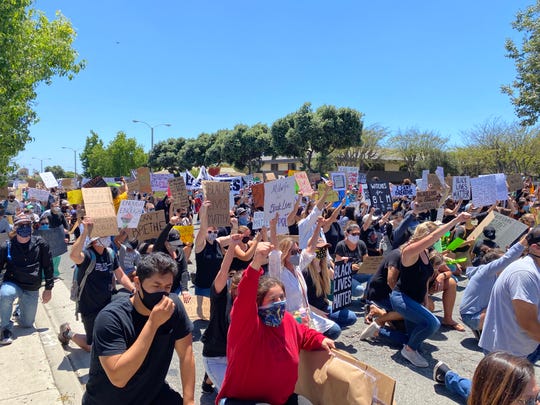 It happened outside the Ventura County Government Center as demonstrators walked along on and into Victoria Avenue.

The Ventura Police Department initially deemed the incident an accident, but witnesses reached out to authorities saying that wasn’t an accurate depiction. Witnesses and others at the march sent videos to police.

“At this point, we’ve moved on from it being a traffic investigation. Now you’re looking at could he have intentionally driven into the crowd, potentially a criminal investigation,” Cmdr. Sam Arroyo said.

The department took to Twitter Thursday to address the new information about the event that was otherwise peaceful. The agency thanked the community for sending it in.

We’ve received additional video footage of the incident that occurred at the corner of Victoria/Telephone on 6/7/20 involving a white truck & individual participating in the peaceful protest. We are continuing the investigation at this time. We appreciate the community’s input. pic.twitter.com/uiQSBDLEM5

Tim Nafziger was there Sunday when it happened. The Oak View man said he was sitting by the bus shelter nearby. When he looked up, he saw the pickup and a person’s body flying through the air.

“It was really scary,” said Nafziger, a member of the local chapter of Showing Up For Racial Justice.

The change in this case, however, only came after video circulated of the incident, drawing a parallel to the Black Lives Matter and anti-police brutality movements, Nafziger said.

There were protesters in the traffic lane on Victoria Avenue closest to the sidewalk, but an adjacent lane heading in the same direction was clear, Nafziger said. Video of the incident corroborates that there was an open lane.

It was frustrating for witnesses to learn that the incident was not being investigated, in part, because multiple people were affected.

“They either got pushed back or hit by the truck,” Arroyo said.

Nafziger sees this change-of-opinion as a lack of oversight. He’s been encouraging his friends that live in Ventura to call upon elected officials to look into the incident.

The day it happened, witnesses were interviewed by the police. The driver of the pickup called police once he returned home because he didn’t feel safe being there, Arroyo said. The driver was contacted later and told police he did not know he hit anyone, Cmdr. Tom Higgins said earlier this week.

The initial information made it seem like an accident, police said. In recent days, police received video of the incident from different angles, which called the driver’s account into question. There could be negligence on the part of the driver, Arroyo said.

The investigation into this incident is ongoing and generally will entail re-interviewing witnesses. Anyone with additional information is asked to call 805-339-4467.

If the inquiry turns up a criminal action, police will then forward the case to the Ventura County District Attorney’s Office for review and for the possibility of filing of charges, Arroyo said.

Megan Diskin is a courts and breaking news reporter with The Star. Reach her at megan.diskin@vcstar.com or 805-437-0258.