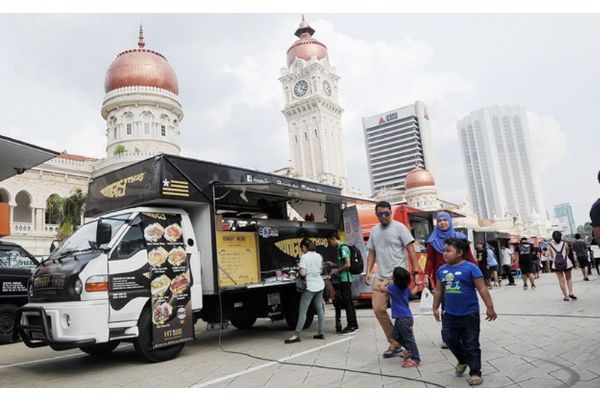 Kota Kinabalu:
An association in Sabah has put forward a novel way to help fresh graduates struggling to find work as the economy continues to reel from the effects of the Covid-19 pandemic and the subsequent lockdown on most public activities in the country.Instead of hunkering down to weather the storm, the Sabah SME Mobile Truck Association (SSMTA) is suggesting that unemployed youth venture into the mobile truck business.
SSMTA president Foo Ngee Kee, who also leads the Sabah SME Association, said such endeavours could help boost small and medium-sized enterprises in the state which have been hard hit by the health crisis.


“This way, they don’t need to wait for jobs,” he told FMT.
“And the trucks are flexible: they aren’t just fixed for selling food. They can be designed to sell other things like shoes and clothes.”
While this business model is nothing new in the peninsula, Foo said it has yet to take off the ground in Sabah.
Sabah SME Mobile Truck Association president Foo Ngee Kee with the association’s adviser Grace Chia and another member during a business familiarisation trip in Peninsular Malaysia.
“The good thing about this in Sabah is that the state is big but the population density is low.
“The trucks could be useful for people in the outskirts. You could be a mobile grocer of sorts,” he added.
Although the chances of unemployed youth finding the capital to purchase their own trucks are low, Foo remains optimistic.


He hopes to get the government’s support to buy the vehicles and then lease them out at low concessional rates.
“The trucks can be shared, too, not restricted to just one lessee,” he added.
He estimates that smaller trucks could cost RM30,000 to RM50,000 while bigger ones might range from RM80,000 to RM100,000.
For the opening phase of the initiative, he aims to get 50 trucks with the first few vehicles to roll out in July.
If things go well, he said, the private sector could be persuaded to pitch in.
For now, he will be meeting with Kota Kinabalu mayor Nordin Siman in mid-June to discuss the way forward.
If the initiative kicks off, he said, the association would guide the youth through the initial stages.
“In the first six months, for example, when they start making money, they can then start to pay the rental.
“If they are up to it, they might want to take the next step up. They could learn the trade while they are on the job, and at some time encourage others to participate if they are successful.”
Foo said the association had in fact planned to launch the initiative earlier this year. Its plans were scuppered by the virus outbreak and subsequent movement control order (MCO) which was enforced on March 18.
But he said the MCO was in fact a blessing in disguise as the mobile truck plan could help reduce crowding at shops and boost social distancing measures.
“I hope this can be one way to reduce the unemployment statistics,” he said.
“It’s already tough to find work out there. This could spur the youth to do something productive instead of sitting idle.”

Freight Miles Hold Up Better Than Other Transport During Pandemic

Motorcyclist dies in collision with truck at Monash | The Canberra...