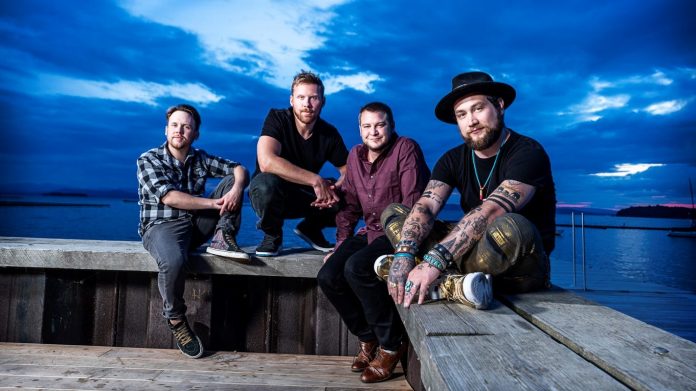 Twiddle was on tour in March when the COVID-19 pandemic stopped all concerts, sending the jam-rock band back to its home base in Vermont.

Band manager Ben Baruch and his Denver-based company, 11E1even Group, had a feeling that what many in the music industry thought was going to be a short pause would become a long layoff. While the band’s lighting and sound crew were still together as the shutdown started, Baruch and Twiddle decided to shoot video of the band playing a half-dozen sets in Vermont under the assumption – “luckily it was the correct assumption,” Baruch said – that tours would be canceled long-term.

They charged fans a fee to view the concerts, and 11E1even Group followed a similar model for other bands it represents via its livestreaming platform Live From Out There. Within two days they made $100,000 for their bands at a time when other acts were watching sources of live-music income evaporate entirely.

That amount has since climbed over $800,000 to help bands and crew members still unable to tour because of the pandemic, according to Baruch, a 2003 alumnus of the University of Vermont. “We were the first to really jump on this,” he said.

Twiddle did well in July with a virtual tour of Vermont venues the band played at the start of a career that has included a sold-out show at the renowned Red Rocks Amphitheatre outside Denver and its own festival in Burlington, Tumble Down, that draws thousands of fans. The band that began about 15 years ago at what’s now called Castleton University returns to the stage in front of live fans this weekend for three shows – two of which are sold out and the other is close – at The Higher Ground Drive-In Experience in Essex Junction.

Higher Ground founding partner Alex Crothers watches the Mike Gordon show from the crow’s nest Thursday night, April 5, 2018, in South Burlington, but doesn’t stay for long. Throughout the night, Crothers would circulate around the venue, checking in on his staff and making sure everything was running smoothly.  (Photo: RYAN MERCER/FREE PRESS)

Alex Crothers has a reputation in the music industry as a visionary who has turned the Higher Ground music venue – which he co-founded in 1998 in Winooski and is now based in South Burlington – into a powerhouse that books concerts throughout the Northeast, including this weekend’s Twiddle shows. Even he didn’t envision what Baruch and Twiddle saw when they set up Live From Out There.

More: Grace Potter puts on a concert at the drive-in, complete with blaring car horns

More: Guster embraces the uncertainty of playing drive-in concerts in an uncertain time

“Ben said, ‘We’re just getting prepared in case we need to come off the road,’” Crothers said. “At the time I was like, ‘Oh, that’s an interesting perspective.’ It turns out he was incredibly prescient.”

Higher Ground postponed concerts with the presumption they would start back up in mid-April. “That seemed more than enough time in terms of relocating shows,” Crothers said. “It felt like by that point in time it was completely unfathomable that this would extend any further than that.”

Now he recognizes how on the ball Baruch was. “Ben was the person I talked to that I felt like was making a game plan and was a step ahead of everybody else,” Crothers said.

Baruch and Twiddle’s lead singer/guitarist, Mihali Savoulidis, brainstormed an idea that grew into last month’s Roots Tour. Savoulidis and his band mates – Ryan Dempsey on keyboards, Zdenek Gubb on bass and drummer Brook Jordan – played otherwise-empty venues in Vermont that Twiddle performed in as they rose in prominence over the past dozen years. The resulting combination of new and archival shows interspersed with interviews about the band’s history were offered to fans who could pay a fee to watch individual events or the entire three-week series.

Baruch said the Roots tour appealed to fans — more than 15,000 of whom tuned in — who got to hear Twiddle history that maybe they didn’t know before. The band threw in VIP offers including merchandise, unique concert footage and virtual meet-and-greets that helped bring in extra income.

Crothers said the Roots Tour provides an example of the importance of arts venues that he and others are lobbying legislators about in an effort to procure pandemic-related relief funds. Bands such as Twiddle that sell out festivals and famous amphitheaters began by playing church basements, bars, art galleries, clubs and small theaters, according to Crothers.

“All these venues are critical to the performing arts, particularly live music,” he said.

Twiddle hasn’t made as much money from its livestreams as it would have on tour. “It really was not far off with obviously way lower expenses” such as hotels, buses and gear and truck rentals that add to the cost of touring, Baruch said. “It was pretty close to comparable of what we would have done.”

Playing for crowds at the Champlain Valley Expo

The virtual shows have kept Twiddle afloat, but now it’s time for the band with a Phish-like community of devotees to return to in-person performing. It was a difficult adjustment for the members of Twiddle to get used to performing only for livestream cameras the past few months, according to Baruch.

“The band obviously wants to play live and in front of an audience,” he said.

“It’s as close as we’re able to get to getting our community back together in a safe way and the band feeling that energy they haven’t had since early in March,” Baruch said. “We’re doing everything we can to keep the energy and morale high.”

WHAT: Twiddle in concert

INFORMATION: $125 per vehicle up to four people for Sunday’s show; Friday and Saturday are sold out. www.highergroundmusic.com.

This coverage is only possible with support from our readers. Sign up today for a subscription to the Burlington Free Press.