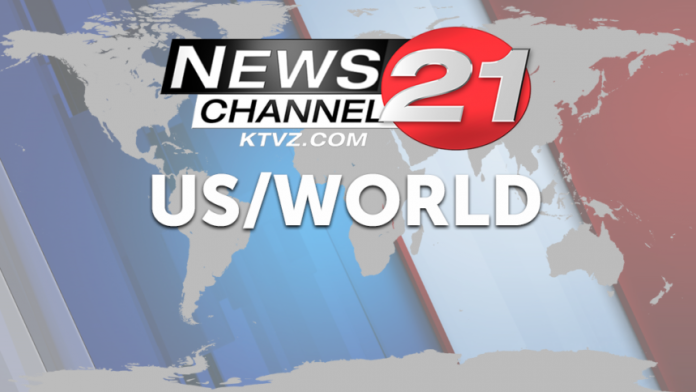 Fort Smith, AR (KFSM) — A disabled veteran was possibly the target of a vandal in Fort Smith after someone put a sharp object underneath his tire while he was inside a store. The veteran believes he was targeted for parking in a handicap spot.

“It’s crazy, people have no respect for anything anymore,” Mick Maloney said.

On Wednesday (May 13) Maloney was inside Home Depot when he was paged over the intercom to go to the service desk, his first thought was that someone hit his truck in the parking lot.

“I go up there and the associate is holding three mending plates in his hands, he says ‘these were under your tires in the parking lot’ I said ‘you’re kidding’,” Maloney said.

The mending plates found under his tire are typically used in construction.

Maloney served in the Air Force for six years, has disabled veteran plates on his truck and air force stickers on his window.

“If they didn’t think I needed to park there, they should’ve went into the store and talk to them about it and we could’ve figured it out that way, but instead they want to try and destroy my property, that’s not right,” he said.

Police say they don’t know if the incidents are connected but last week a similar incident was reported where a woman backed over a piece of trim with two long screws sticking out of it that was placed under her tire while she was at work.

Police say the person or persons who are responsible for these incidents could face misdemeanor criminal mischief charges.

There is surveillance video of both incidents, but police are not releasing it to the public at this time.

If you have any information about either of these incidents you are asked to call Fort Smith Police.

Please note: This content carries a strict local market embargo. If you share the same market as the contributor of this article, you may not use it on any platform.