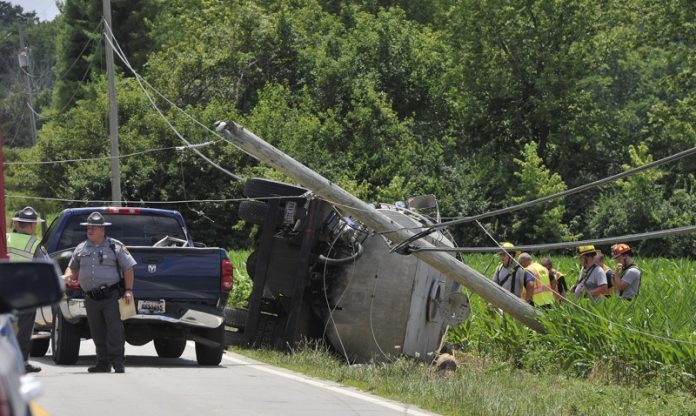 One person is dead after a two-vehicle crash involving a tanker truck on Wilmington Dayton Road in Sugarcreek Twp. A water tanker struck a pickup truck that was waiting for another vehicle to turn and overturned before striking a utility pole and coming to rest in a field.

Todd Schaffer, 45, from Bellbrook, the driver of the tanker, was pronounced dead on the scene, the Ohio State Highway Patrol said in a release.

>> Legal complaint filed against public health about COVID in jail

Ohio State Highway Patrol troopers said that alcohol is not considered a factor in this crash and it remains under investigation. The Sugarcreek Twp. Police and Fire Department assisted at the scene.

The Economic Impact of Coronavirus on Ready To Use Truck &...

5 Children Found in California Desert Riding Inside Makeshift Box on...

Automotive Differential Market Is expected to Witness Significant Growth between 2020...