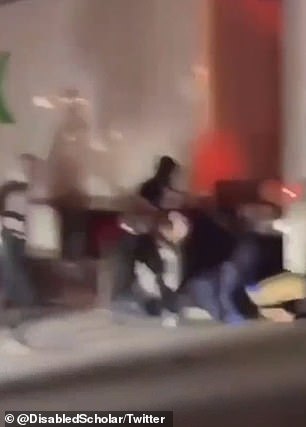 A man died early Saturday morning after he was filmed being dragged by an 18-wheel FedEx truck that was surrounded by protesters in downtown St. Louis who were angry over the death of George Floyd.

Video of the incident which took place near North Broadway and O’Fallon Street at around 2:19am on Saturday shows several protesters approach the large, white truck.

The driver of the truck was forced to take a detour after protests shut down Interstate 70, according to the findings of a preliminary investigation by the St. Louis Metropolitan Police Department.

He then started driving down North Broadway toward Cass Avenue until he was forced to stop due to the presence of a large group of people. 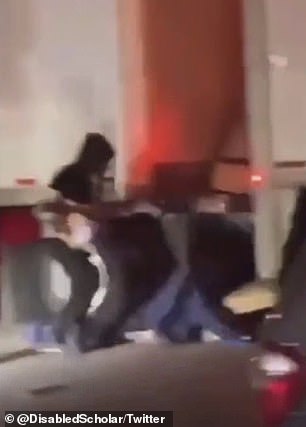 A St. Louis man died early Saturday morning after he was caught between two trailers of an 18-wheel FedEx truck that was driving through downtown 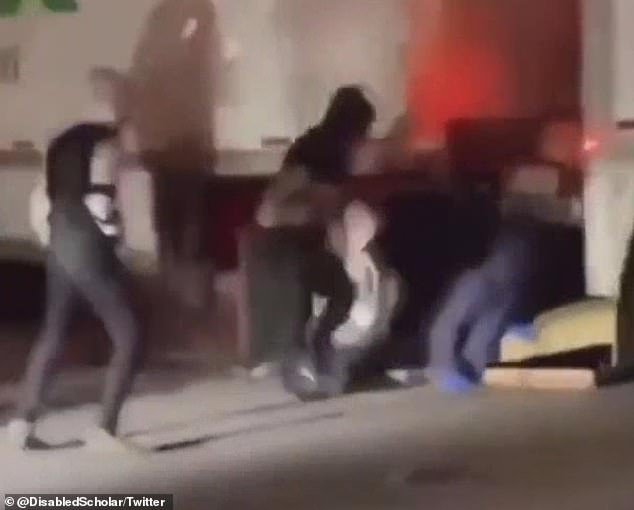 The man is seen right caught in between the trailers as he is dragged by the truck. Police said the driver was unaware that a man was lodged in his vehicle

While he was stopped, several individuals began taking packages and items from his truck.

According to the police, two men stood on the passenger side footboard and showed the driver they had guns.

Investigators said the driver of the tractor-trailer was not aware that a man was caught on the converter dolly between the two trailers.

He told police that he feared for his life and honked the horn, according to KSDK-TV. He then kept on driving until he was stopped by police. 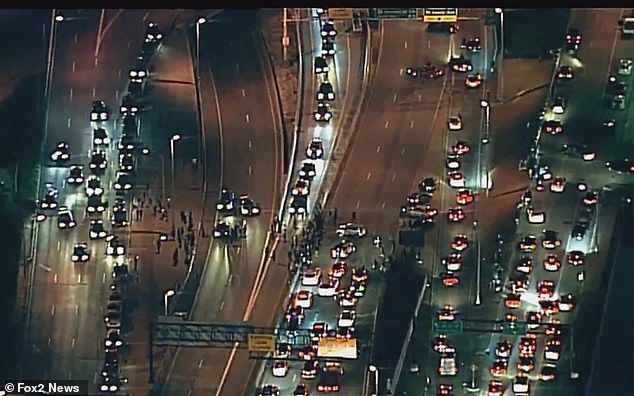 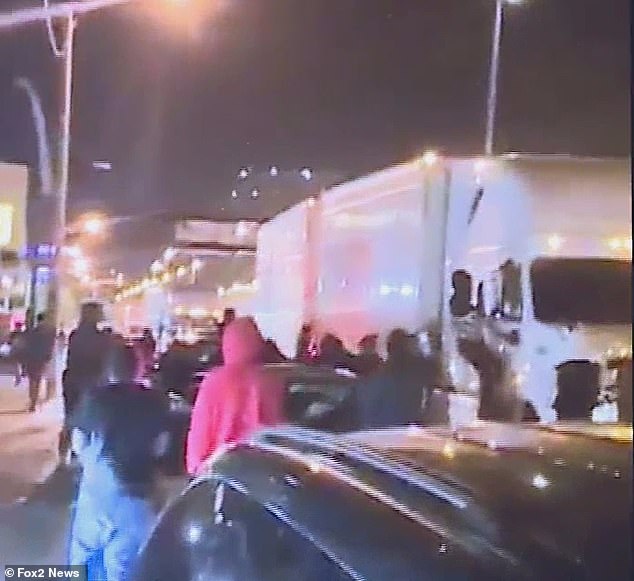 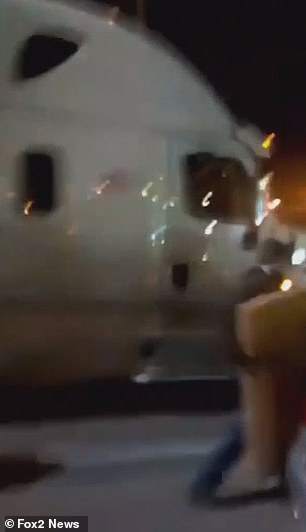 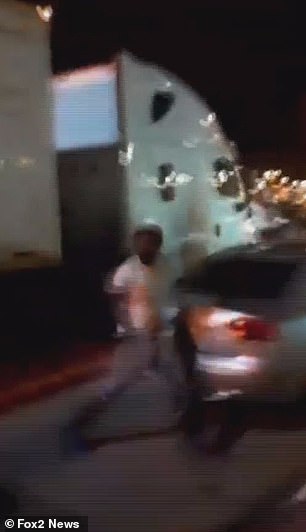 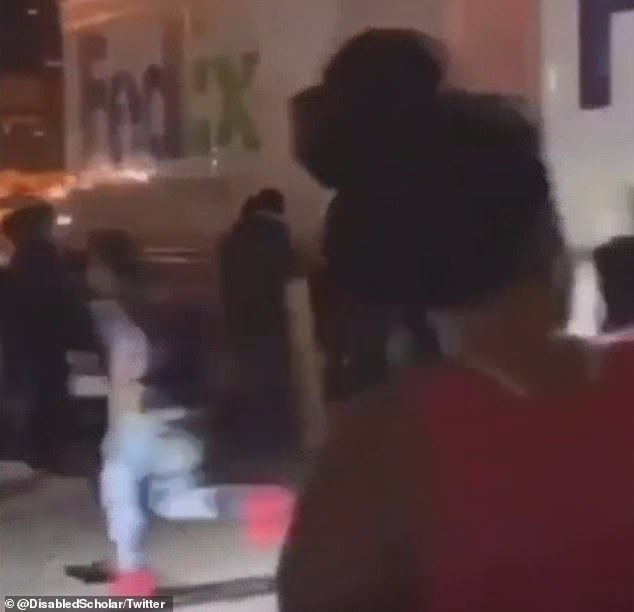 ‘When he was screaming for help I was saying oh my GOD,’ a witness, Jared Arms, told Fox 2 TV.

‘I tried to grab his hand, but it was impossible.’

FedEx released a statement saying: ‘Our hearts go out to all those who are grieving the events of this week.

‘We are deeply saddened to learn of a tragic situation involving a demonstrator in St. Louis and one of our vehicles.

‘We offer our sincerest condolences to the family of the individual involved.

‘There is no higher priority for FedEx than safety, and we are cooperating fully with the investigating authorities at this time.’ 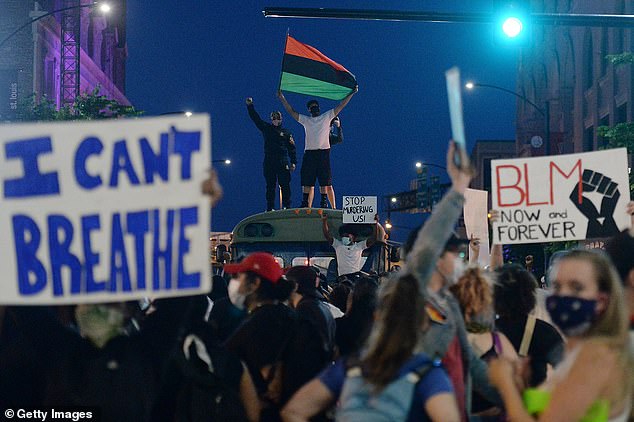 St. Louis is one of dozens of cities across the country that has been roiled by demonstrations after Monday’s death of George Floyd 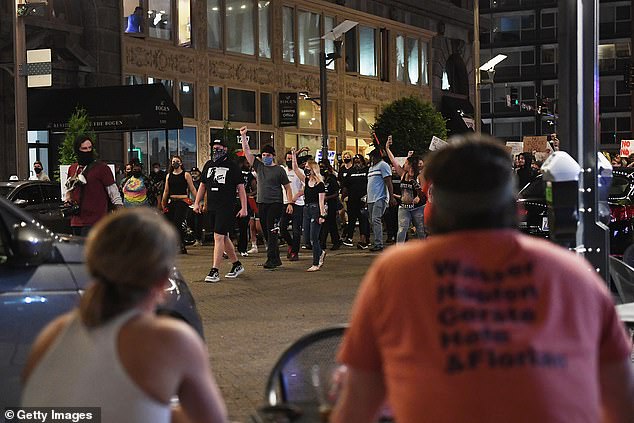 A couple looks on as protesters march through the streets of St. Louis on Friday 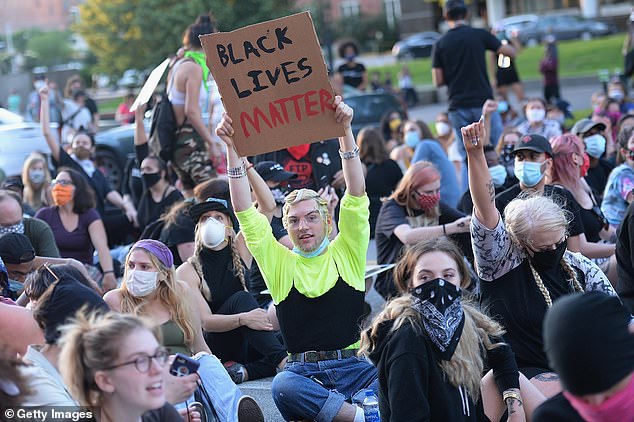 A protester holds a sign as they march through the streets of St. Louis on Friday 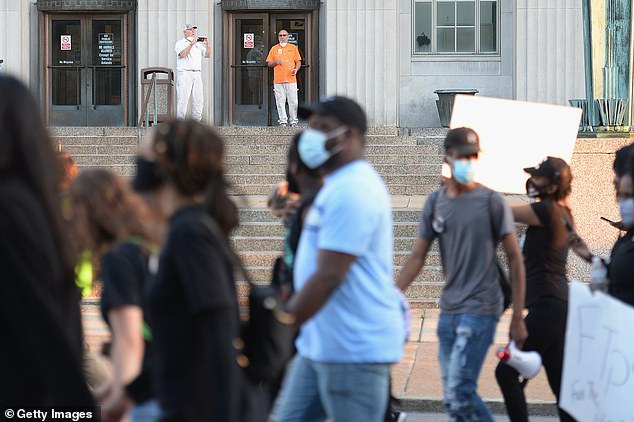 Tensions between police and minority residents have lingered in the St. Louis area since the 2014 death of Michael Brown in Ferguson 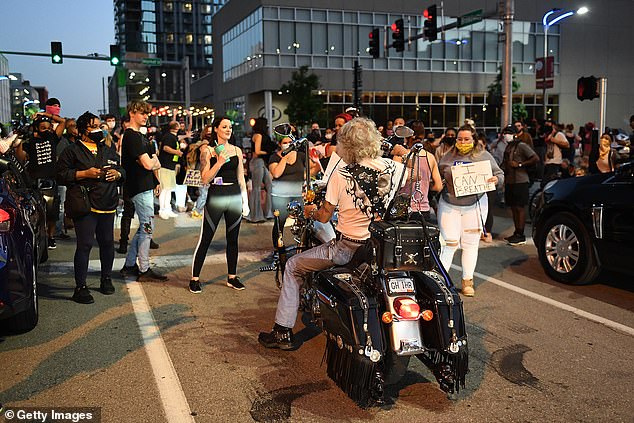 A motorist is blocked as he attempts to drive through protesters in St. Louis on Friday 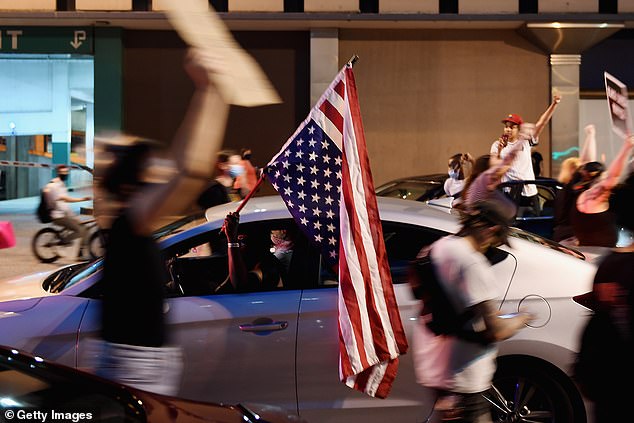 One motorist holds an American flag while driving through St. Louis as protesters take to the streets on Friday 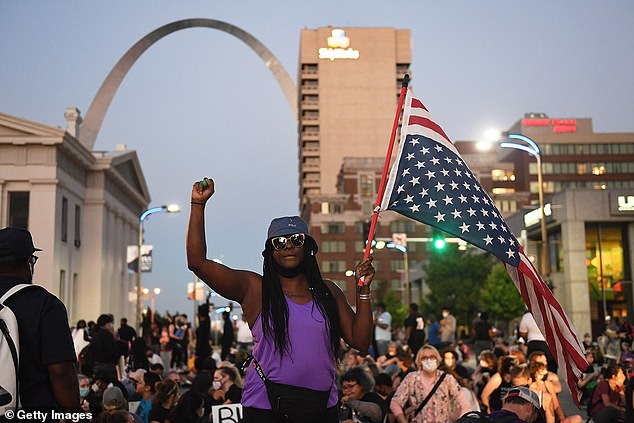 A protester holds up an American flag during demonstrations in St. Louis on Friday

The crowd dispersed after a few gunshots were fired. Police did not report any arrests.

Floyd’s death has sparked protests across the United States and fires and violent unrest in Minneapolis.

Tensions between police and minority residents have lingered in the St. Louis area since the 2014 death of Michael Brown in Ferguson.

Kansas City Police Capt. David Jackson said the pepper spray was used on about 50 ‘non-lawful protesters’ around 1am on Saturday in order to disperse them. Jackson said some in the crowd had thrown rocks and bottles, shattered three business windows and damaged police cars.

At least five people were arrested for offenses such as disorderly conduct, Jackson said.