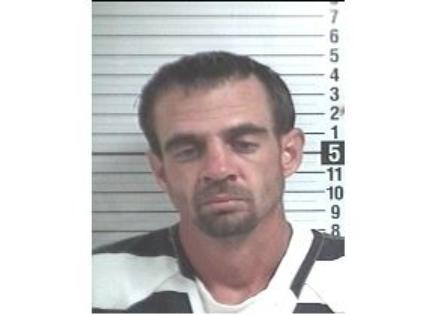 A man in Florida was charged with aggravated assault, accused of trying to run over a convenience store employee.(Source: Bay County Sheriff’s Office, WJHG/WECP)

The incident followed a disagreement between the man and the woman over whether the pumps were working properly, officials said. The employee said the man was agitated and complaining about his wife while he was in the store.

The video shows the employee shaking her finger at the pickup truck as the man pulls away from the pumps.

About 10 seconds later, the truck is shown driving straight at the woman, coming with inches of hitting her as she falls backward onto the ground. A pole stopped the vehicle.

The driver then pulls away and leaves the parking lot.

Sheriff’s deputies later identified the driver as 34-year-old Brandon Bingaman and arrested him.