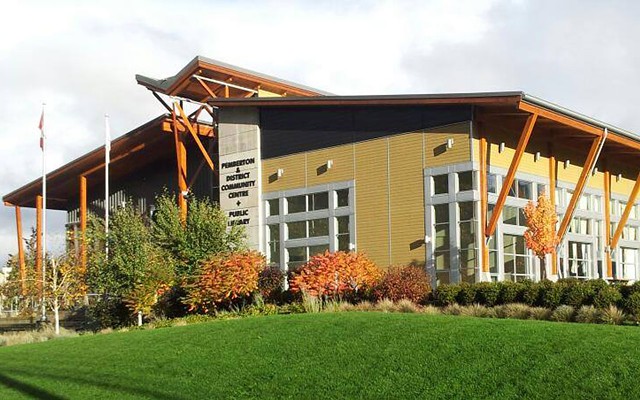 HERE’S A QUICK LOOK at what you can expect at the Village of Pemberton (VOP) council meeting on June 16 starting at 5:30 p.m.

In line with the province’s four-phase plan, outdoor options have reopened, with playgrounds and the skate park starting up May 18 and the nature playground and spray park following suit on June 1.

As for indoor spaces such as the Pemberton & District Community Centre and Pemberton & District Public Library, residents can expect a soft opening on July 2. In her report, Burns—who started in the position in late April—explained that space must be booked in advance, with staff currently testing Perfectmind software to facilitate that process.

Proposed hours of operation are 2 to 8 p.m. for the general public and 10 a.m. to noon for immune-compromised individuals.

New precautions include: Plexiglass at the reception centre and between work stations; additional first aid and cleaning supplies; new signage such as floor spacers; and directional crowd control in the main hallway.

After reviewing its Non-Medicinal (Recreational) Cannabis Retail Policy, staff is recommending that council removes the requirement that retail cannabis stores have two staff members on site at all times.

Staff initiated in the review in March after a request from GP Cannabis general manager Kostya De.

Planner Joanna Rees explained in her report that the existing policy was approved before recreational cannabis became legal in October 2018 and was overly cautious in preparation for the change.

“The requirement to have two (2) employees on site at all times was included by Staff as a result of following the lead of other B.C. municipalities at the time, such as the City of Chilliwack. However, Staff have determined that this is a requirement of all municipalities; for example, the District of Squamish does not require a minimum of two (2) employees in their regulations,” Rees wrote in her report.

GP opened in December, but found the requirement for two staff members was unnecessary. In his letter to Mayor Mike Richman, De said the business had undertaken anti-robbery measures such as installing panic buttons, security alarms and nine cameras around the store, which De feels would make one employee more than safe.

With a second cannabis store set to open nearby and an ongoing black market, De said keeping the requirement would eventually sink the business.

“If the rule is amended, we will be able to keep operating and provide jobs, but most importantly it will help fighting the black market. The more people buy at licensed stores, the more tax money comes to our government. It is a win-win situation for everyone,” De wrote.

Council will consider a temporary use permit for a food truck on Portage Road.

The applicant, Pemberton Portage Ltd., said the truck would be based on the vacant lot at 1394 Portage Rd. next to The Pony Restaurant and The Bike Co. The applicants own the property on which those businesses sit.

The applicants are applying for a three-year permit.

The truck would operate seasonally as weather permits, and would be open similar hours to The Pony, from noon to 8:30 p.m. Thursday through Monday.

Staff first received the application last April, but the applicant requested to postpone processing until this year, indicating in late May that it was ready to proceed.

The VOP received four letters in support of the application.

The program was scuttled last year as the government redirected funds to families affected by mill closures and curtailments.

The letter, drafted by Veronica Woodruff of Clear Course Consulting Ltd. on behalf of the Pemberton Economic Development Collaborative, asks that the government reconsider the decision, especially as rural communities continue to deal with the fallout of COVID-19.

“Although we appreciate that government intervention was essential in responding to the unexpected environmental and economic impacts on the forestry industry, we are respectfully requesting that your department reinstate these funds so that they can be accessed by all sectors again,” the draft reads.

Man Pleads to Running Over 2 Peacocks With His Pickup Truck