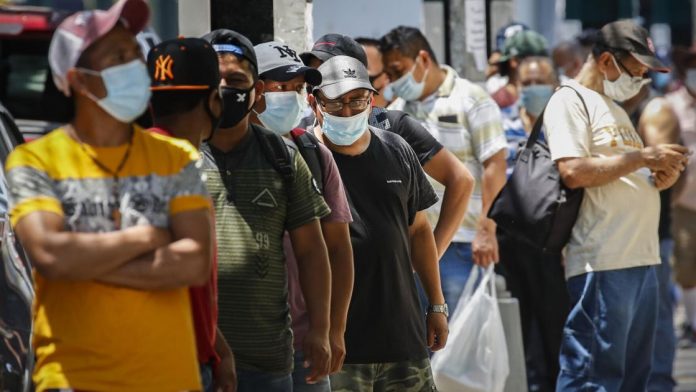 “The calls we have gotten over the last month, requesting food, come from Corona,” he said. “Before the pandemic, we used to see many elderly people. Now, we see young families in their 20s, in their 30s. It’s dramatic.”

City data shows that poor immigrants and Black New Yorkers were hit harder than wealthy, white sections of the city. Health officials have attributed that partly to the virus spreading easier in cramped apartments among laborers who can’t telecommute to work.

Corona has the city’s highest percentage of foreign born residents (60%) and North Corona sits in Queens Community District 3, which has the largest percentage of unauthorized immigrants in the city, according to census data. That’s why many here work informal jobs, don’t have health insurance and can’t apply for federal relief.

Every day, immigrants from Mexico, Ecuador, Guatemala and Colombia start lining up around noon to get food distributed by the nonprofit Alianza Ecuatoriana Internacional.

Eduardo Macancela, a 60-year-old Ecuadorean immigrant, is one of the first in line.

“I have sold everything I had, any jewelry, everything,” said Macancela, who worked at a Forrest Hills shoe store for more than 20 years. The store has shut down, leaving him without a job. He hasn’t paid rent in weeks but he says his landlord is starting to pressure him.

Protests, unrest, and disorder in response to the death of George...