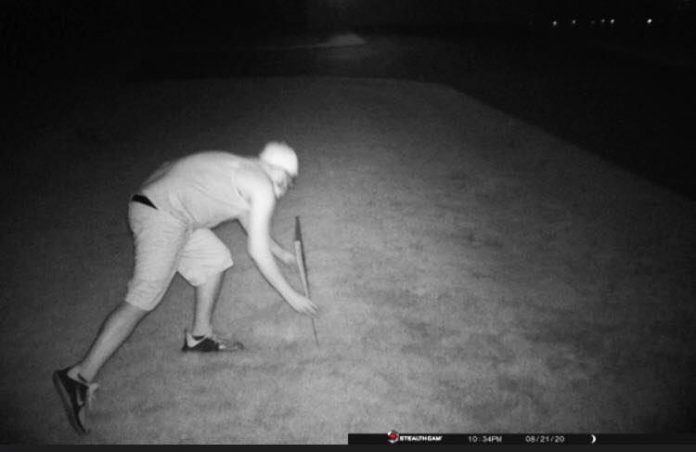 The Wayne County Sheriff’s Office is asking a man to get his own campaign signs instead of stealing them.

On the department’s Facebook page, it released a photo of a man stealing signs and a truck believed to be involved. It noted that political yard signs are a “hot commodity” this year.

“We would like to identify this individual so that we could point him to the campaign headquarters of his choice,” the post said. “The man could undoubtedly then receive a yard sign without resorting to stealing it out of someone’s yard.”

The department said the photo was taken in the Chippewa Township area. It did not identify which political signs were being targeted.