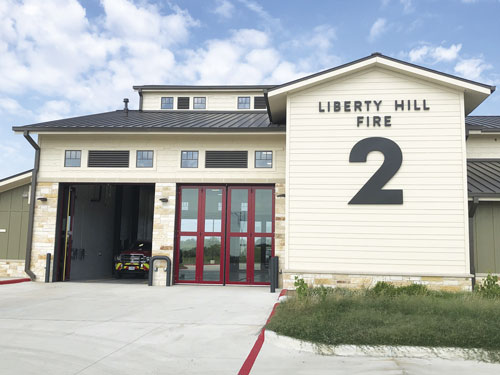 Williamson County Emergency Services District #4 (ESD) – has set a lower tax rate and a higher budget for the upcoming fiscal year, able to capitalize on higher sales tax revenues and property values within the district.

The reduction in rate is offset by ever-increasing sales tax revenues.

Much of the increase is due to higher operational costs with Fire Station #2 being online for its first full year. Last year, the ESD added six new firefighter positions, accounting for higher salaries – a $262,451 increase – but overtime is also being reduced by a projected $174,714.

Additionally, the opening of the second station is increasing utility costs across the district.

To meet one of the key goals for the upcoming year, which is to upgrade the physical evaluation of staff, the ESD budgeted $25,000 – an increase of $15,100 – for annual physicals.

The ESD plans to put a new brush truck in service in the new budget year, as well as enhance training with drill tower upgrades and expanded training funding to $68,500. The cost of personal protective equipment – which includes the traditional bunker gear – is expected to go up with a budget increase of $10,000 to $61,500.

The District’s debt service total decreased by $47,252 after the final payment was made on Station #1. Future plans not impacting the current budget include a new ladder truck and the construction of Fire Station #3 in the west side of the District.