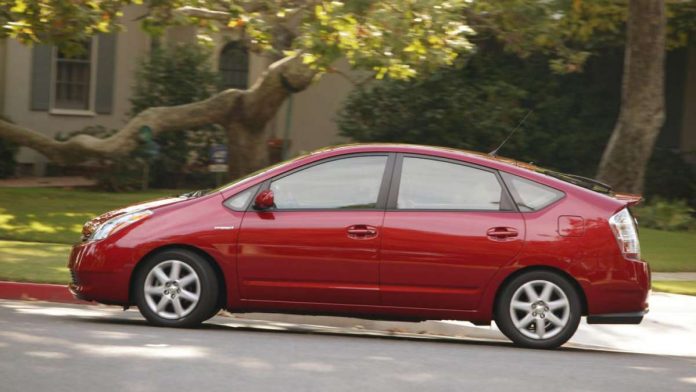 Full disclosure here this is an article based around studying and theory. The follow up to this article will be a full scale detailed repair and what it took to get there.

This article is going to cover what the issue is that we are dealing with and what I think can solve the problem. We will be including Generation 2 Prius (2004-2009), which utilizes the 1NZ-FXE 1.5L gasoline engine. This engine also found in Prius C and Generation 1 Prius. I am currently unaware of this issue plaguing those models and years, so we will focus on Gen 2.

What Is The Issue With Gen 2 Prius?
Recently I have had two second-gen Prius come into my life with an extraordinary issue. The problem is that the engine sounds like it has a “rod knock,” referring that the connecting rod bearing clearance is too excessive, causing the connecting rod to slam against the crankshaft, thus causing the noise.

The interesting thing about a rod knock is the noise will be consistent and change speed with RPM. This particular noise will go away at higher engine RPM, which makes me question what is causing the noise?

I have a theory, backed by a trouble code, and information from Toyota on what the issue could be and how to fix it. For now, know that this is not a fluke issue. It happens, and I now have two confirmed cases.

How To Fix The Knock/Rattle Issue, Theoretically
As I was making the arduous 12-hour journey back from an undisclosed location with my new-to-me 2007 Prius, it suddenly lost a lot of power, and the car set a trouble code. As any good Prius owner would, I whipped out my trusty OBD2 Bluetooth adapter and plugged in.

After booting up Dr. Prius, the trouble code reveled a P0011 Camshaft Position “A” Timing-Over Advanced or System Performance. Okay, so what could be causing this issue. Looking into it, Toyota states four main areas can cause this trouble.

Thinking logically, I doubt the ECM is going to be the issue on Prius. I would not rule it out, but I am also not going to jump to any conclusions. Valve timing, I could see if the engine had a ton of miles on and the chain was stretched, but again, this is a Prius we are talking about, a stretched chain would not be my first plan of attack.

The other two components share something in common. They are both units that work with oil. The VVTi cam gear relies on the VVTi solenoid to feed it clean oil to it. The oil pressure will allow the camshaft to advance or retard engine timing based on the demand.

So, what if over time the owner missed an oil change or two? Or maybe the owner used a junk oil filter, or went way over on oil changes? What would happen then? Do you think we could see some sludge and debris buildup inside the engine? Chances are this is exactly what could happen.

Then what? Well, what if the debris was caught in the tiny ports, holes, or somewhere else that prevented good oil flow to the VVTi cam gear? Do you think we would have a driveability issue? Absolutely.

Conclusion
My theory is this, take a look at this picture courtesy of Toyota Motor North America. It shows a picture of an oil control valve filter. What if all we needed to do was clean out this filter and restore oil pressure to the VVTi cam gear and allow it to move as it should? 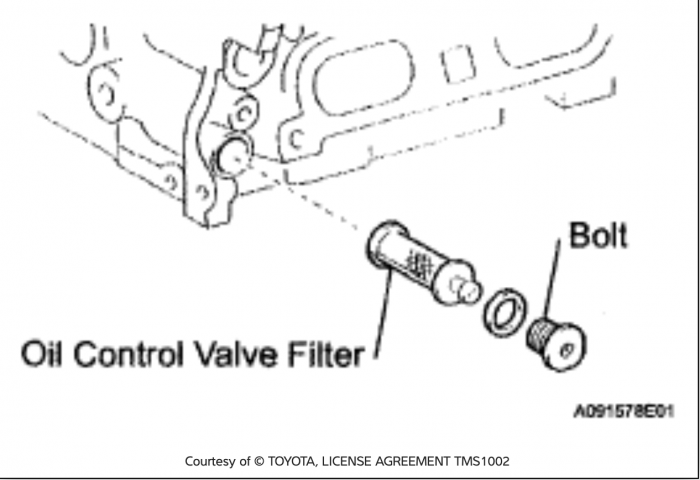 In theory, this all sounds like it should work 100% and solve the issue. I will be conducting this experiment in a couple of weeks after I return home to see if this is the problem. Until then, if you have the death rattle on your Gen 2 Prius, clean this screen and let me know if it solved your problem.

Thank you, everyone, for reading. I look forward to helping you further in the next story.

Peter Neilson is an automotive consultant specializing in electric cars and hybrid battery technologies. He holds a Bachelor of Science in Automotive Service Technology from Weber State University. Peter is also an Instructor of Automotive Technology at Columbia Basin College. Peter can be reached on Linkedin and you can tweet him at The_hybrid_guy on Twitter. Find his page on Facebook at Certified Auto Consulting. Read more of Peter’s stories at Toyota news coverage on Torque News. Search Toyota Prius Torque News for more in depth Prius coverage from our reporters.

The man who made Nikola bigger than Ford without selling a...

US, Wyoming Urge Rejection of Ruling That Blocked Grizzly Hunts